A Guide to Authentic Mexican Restaurants in Hoboken + Jersey City

Cinco de Mayo has become a universal celebration. While we enjoy authentic Mexican fare and hang traditional Mexican decorations, it’s important to keep in mind that Cinco de Mayo originated on May 5th, 1862 through the Battle of Puebla Day. It marks the Mexican army’s victory over France in the Franco-Mexican War. Cinco de Mayo is an opportunity for everyone to commemorate and celebrate the rich Mexican culture and heritage that have helped shape the country’s diverse identity. So if you’re looking for a way to celebrate and honor this year’s Cinco de Mayo, read on for the list of authentic Mexican restaurants in Hoboken and Jersey City. A traditional Tex-Mex destination since 1987, Baja Mexican has no shortage of savory dishes. Some of Baja’s best-sellers are chile con queso with chips, the fajita salad, the Burrito Texano, fresh guacamole with chips, and the grilled skirt steak quesadilla. Other delicious options include the ceviche, caldo de camarones, the caldo xo-chil, and a whopping eleven options of quesadillas. Vegetarians have at least ten dishes on the menu to choose from, including enchiladas de espinaca, chimichangas and vegetables, fajitas, tacos, and burritos. 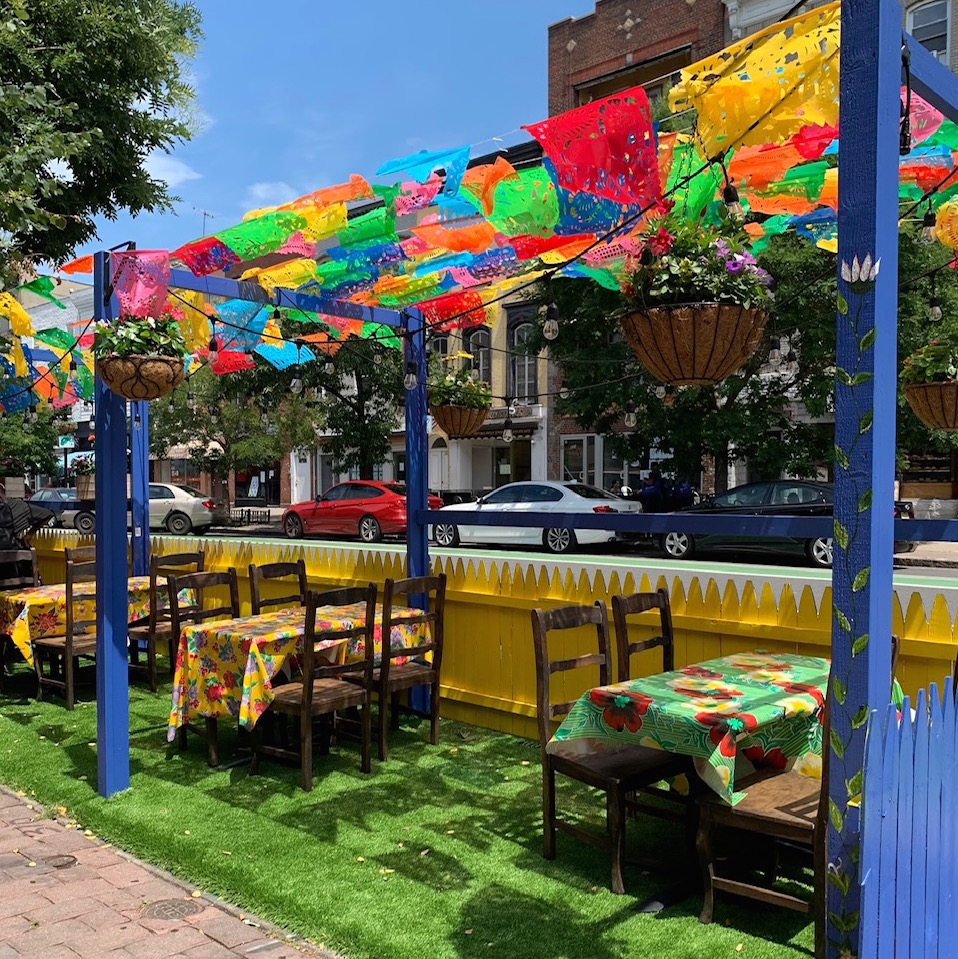 This local spot may be famous for the delicious made-to-order guacamole, but the deliciousness doesn’t stop there. Another Charrito’s classic dish is the crispy taquitos made of corn tortillas stuffed with chicken and topped with crema Mexicana and sprinkled cheese. For something heavier, the Tampiquena dish is an arrachera strip steak and an enchilada verde served with rice and beans. For vegans, there are several appetizer and entree options. 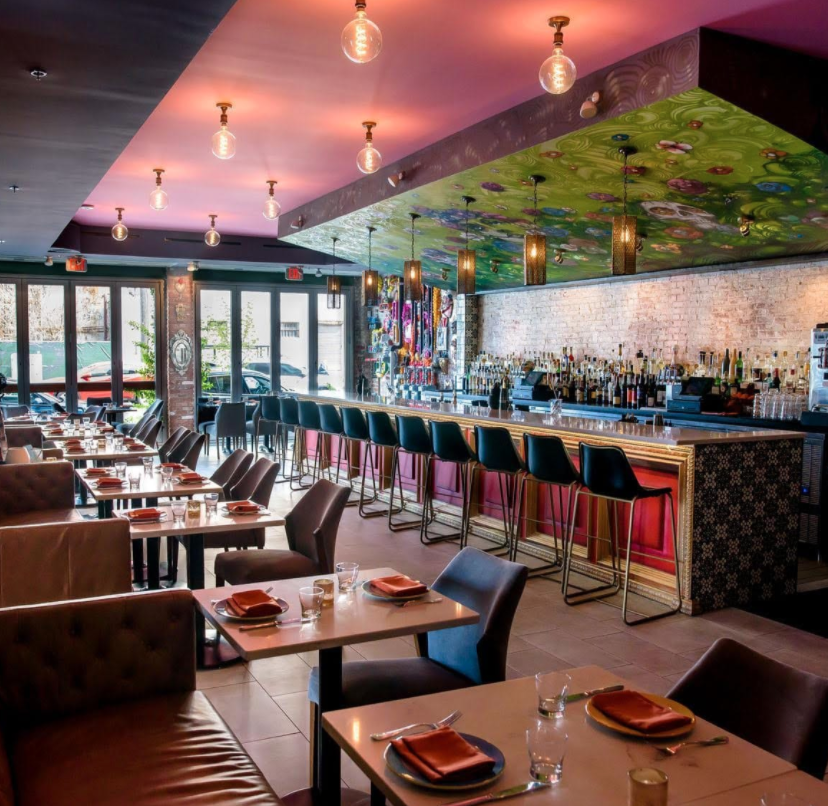 Orale’s epic decor is just as popular as its dishes. The restaurants offer a range of options from hearty dinners, delicious brunches, or a quick bite for when you are on the go. With a large cocktail lounge boasting the authentic Mexican experience serving signature cocktails full of flavor and with a fiery bite, Orale quickly became a fan favorite after it opened in 2013. Orale offers outdoor seating in Hoboken and Jersey City, in addition to the spacious dining rooms. Pico’s al pastor topped with pineapple is a fan favorite and a play on the traditional Mexican taco. The cooking is similar to Greek gyros — slices of marinated meats are stacked tightly on a long skewer and cooked under a broiler. Some of the popular menu items are the loaded nachos, Baja style crispy fish taco, Mexican street corn, and the build-your-own burrito option.

Read More: 10 Ways to Up Your Taco Tuesday Game at Home

Roberto Islas has been a resident of Jersey City for over 22 years and has worked in the Jersey City culinary scene his entire career. Roberto and Chef Santos Xochiua worked collaboratively to create a very authentic menu, staying true to real, original Mexican flavors that they feel a lot of places in the area don’t always stay true to. Plus, everything on their menu has some “brujeria” in it, of course. The menu features items like birria, barbacoa, pozole, pipian verde, tacos de chicharron, lengua (tongue), and cochinita pibil. The owners of Taqueria Downtown and Taqueria Downtown Catering Co. decided to take their expertise to the next level by opening this upscale, massive Mexican restaurant. You can find all the Taqueria Downtown favorites featured in this spot plus other dishes like Cecina, a salted flank steak with chilaquiles, picadillo, ground beef simmered with peas and potatoes, and seafood options including red snapper with grilled tomatoes, capers, olives, and onions over white rice, or a garlic grilled shrimp dish over Mexican rice.

For old-fashioned, delicious tacos with no extra twist, this is the spot. The tacos are generously packed with meat and the prices are modest. Other dishes to consider are the enchiladas verde de pollo, chicken and steak soft tacos, and the taco salad with chicken. The guacamole and chips are homemade with fresh ingredients. Don’t forget to ask for the spicy sauce. With choices like Mexican-style corn on the cob, quesadillas, tacos, molcajetes, tostadas, burritos, and enchiladas, this is a go-to for Mexican fare. Try the carne asada tacos, fish tacos, or the pollo burrito. Other dishes that are sure to be a hit are the flautas, four crispy rolled tacos topped with lettuce, tomatoes, onions, sour cream, and cheese with rice and beans, as well as the the mole enchiladas, three stuffed tortillas topped with cream, queso fresco, onions, radish, cilantro, avocado, and mole sauce with rice and beans.

Mi Mariachi Taqueria is serving up classics like tacos dorados (fried tacos), burritos, enchiladas, chilaquiles, and ten taco options. Some of the taco options include classics like carnitas, al pastor, carne asada, and others like barbacoa de civo (Mexican goat), lengua (tongue), and campechano (a hearty taco). Try the shrimp fajita, Mexican sausage huarache, or one of the Mexican breakfast platters like the huevos rancheros.

With eight quesadilla options, you can’t go wrong. Some of the quesadilla options are Quesadilla con barbacoa de res (steamed beef with cheese on a homemade tortilla), and the quesadilla con hongos (mushroom and cheese on a homemade tortilla). Don’t stop there, there are six burrito options including chorizo and breaded chicken options. Some of the main dishes include steak over salad and grilled basa fish with rice and beans. Some of the sought-after menu items are the bistec taco, bistec nachos, carnitas taco, and camaron taco. For refreshments, My Mexico offers traditional Mexican drinks like orchata (rice water), and tamarndo (tamarin). Choices of shakes include platano con chocolate batido (banana and chocolate and with milk) and fresa batido (strawberry with milk). The tropical smoothie options include banana y papaya (made with orange juice), and De la Casa (all fruits including orange juice).

See More: A Guide to Tacos in Hoboken + Jersey City 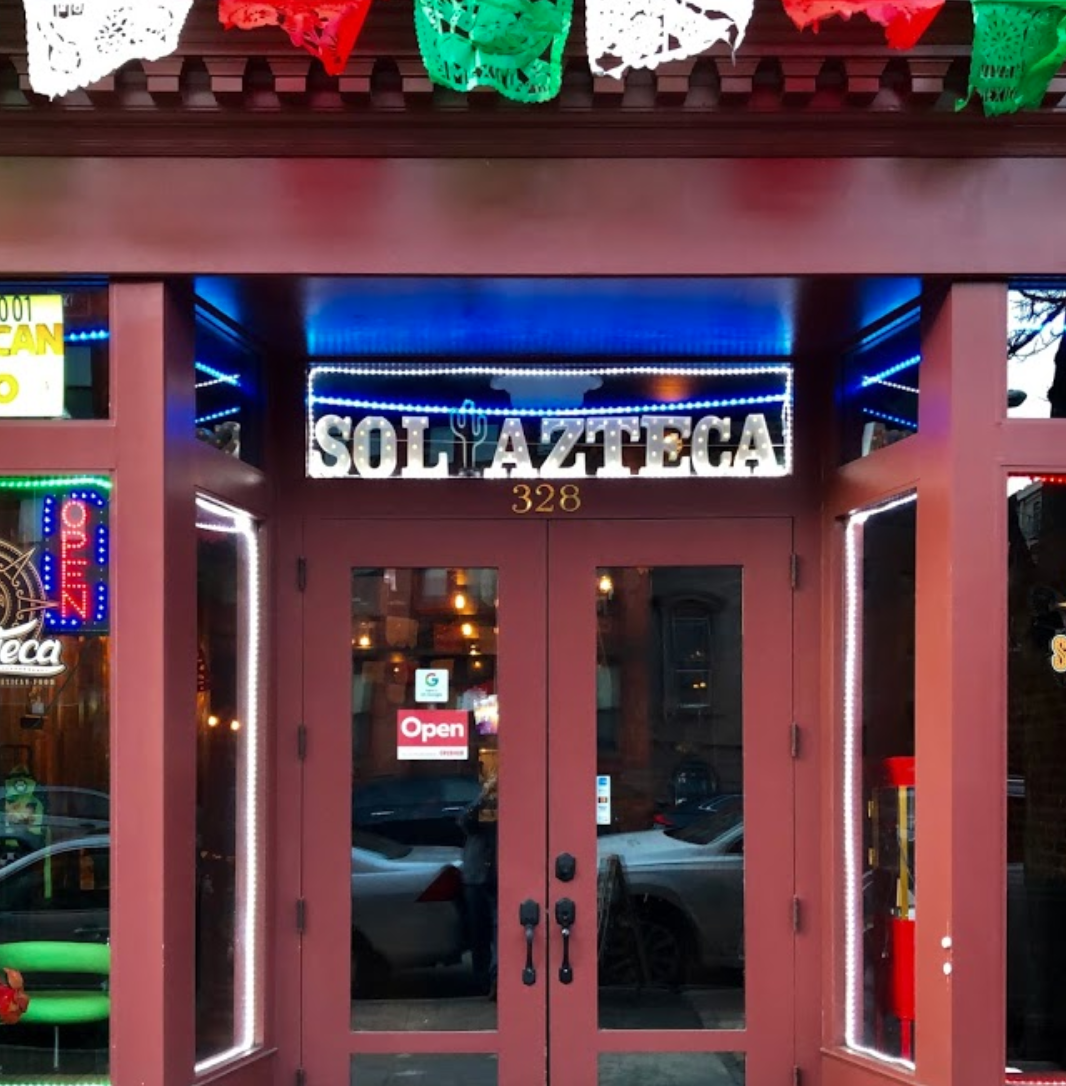 With an emphasis on fresh salads, there are plenty of options for vegetarians who want to indulge in some Cinco de Mayo fun. Some of the salads include the Kitchen Cafe Salad (mesculin, romaine mix with marinated shredded carrots, cucumbers, cabbages, tomato, avocado, with chicken, bacon, hard-boiled eggs, balsamic vinaigrette) and Spanish Portobello mushroom salad (spinach, portobello mushroom, tomato, cucumbers, marinated shredded carrots, cabbages, smoked Gouda cheese, and balsamic vinaigrette to complement your protein). Some of the unique tacos include the grilled cactus, grilled veggies, chipotle chicken, and beef tongue. This Mexican spot is best known for carnitas, beef tongue and chorizo tacos, strong margaritas, and homemade guacamole. Other tasty options include tortilla soup, chicken tamale, and chicken flautas. Most importantly, the margarita’s are available for delivery as well. This spot perfect for a fun celebration like Cinco de Mayo or a cozy date-night in.

This is another worshipped Mexican cuisine destination that serves up homestyle dishes such as a variety of tacos, burritos, and breakfast eats. Taqueria Viva Mexico Kitchen Cafe is known for a modern interpretation of classic Mexican dishes. For something light and flavorful, opt for the nachos rancheros or shredded chicken enchiladas. For something a little more filling, opt for the grilled skirt steak dish made with homemade salsa, sour cream, and several kinds of cheese, or go for the grilled chicken burrito. Order delivery or pick up here.