Where to Get Potato Pancakes in Hoboken + Jersey City

Potato pancakes, otherwise known as latkes in the Jewish community, are a delicious, traditional dish served around the world. In it, potatoes are shaved or ground and mixed with either matzo meal or flour alongside a binding ingredient, like egg or applesauce. They are then seasoned, shallow-fried, and topped with condiments. While they are eaten all year round, the Jewish community indulges in them once a year during the holidays. In Hoboken and Jersey City, some local businesses offer their own takes on latkes, including sweet potato and purple potato versions. Check out our list of where to get potato pancakes in Hoboken and Jersey City below.

There are a ton of cultural goods at this Jersey City gem. It’s closed on Sundays and Mondays, open 10AM to 6PM Tuesdays through Fridays, and 10AM to 7PM on Saturdays. Offerings other than latkes include tasty kielbasa, beloved cucumber salad (a guest favorite), and pierogies.

Read More: Where to Get Italian Rainbow Cookies in Hoboken + Jersey City

A one-stop-shop for every traditional Jewish food on the menu, Pastrami House serves its latkes with sour cream and applesauce. There’s a sweet potato version available, too, for those looking for a more unique option. Both dishes come in regular and large sizes, which is $6.95 for four latkes or $8.95 for six latkes. 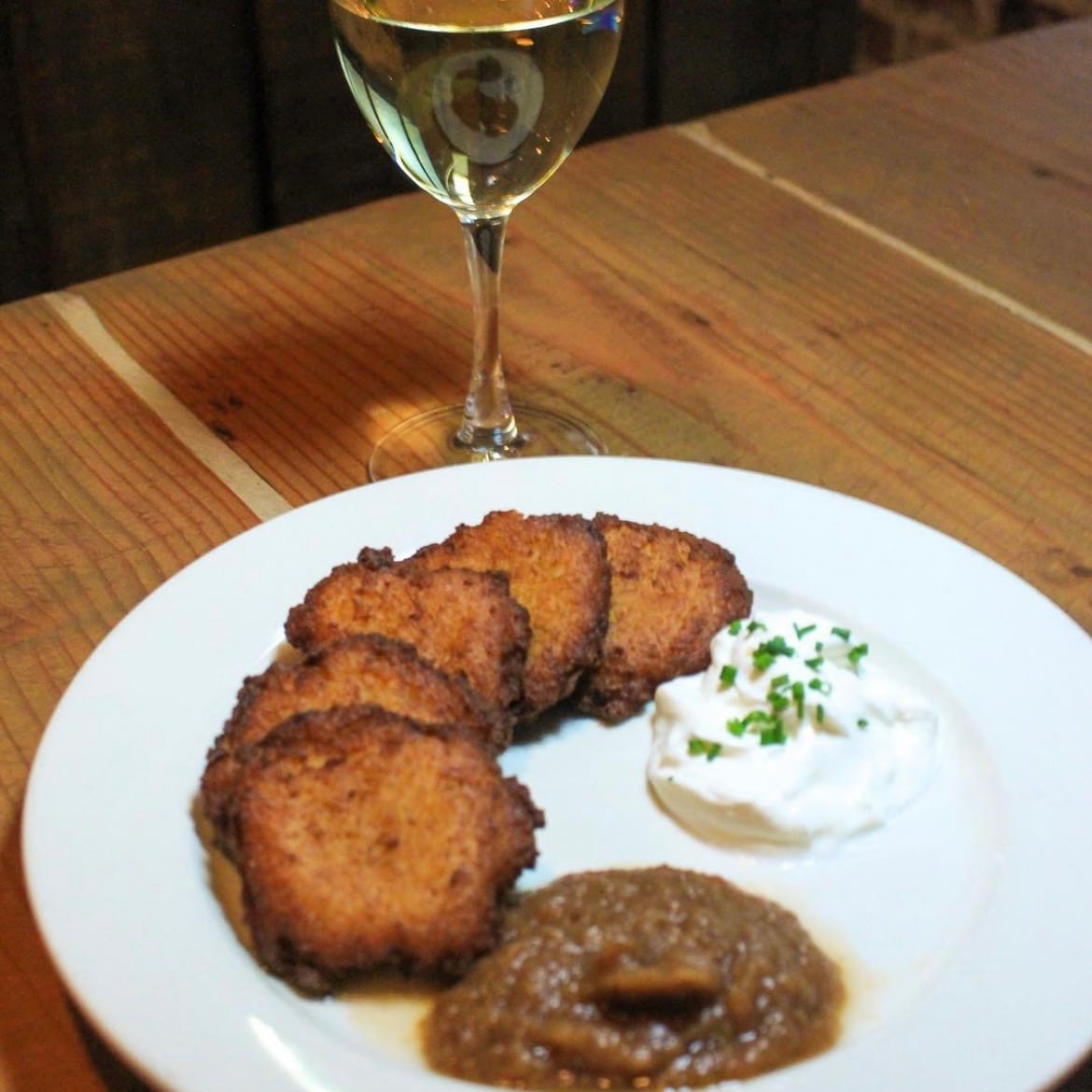 The wide selection of beers and beverages at this uptown Hoboken spot is complemented by a diverse food menu. Here, the potato pancakes are served with applesauce and sour cream, as per tradition. But, they get a unique twist with a topping of craisins and chives. The dish costs $11. Latkes are transformed into a modern-day delight at this eatery. Touch the Heart’s version is crafted with purple sweet potato and named the Ube Pancake. A touch sweeter than the traditional version, they’re made with buttermilk and topped with fresh fruit and house-made whipped cream.

This hole-in-the-wall classic is a diner in its truest form–it doesn’t even have a website. The potato pancakes here are nestled into an extensive breakfast menu that showcases various other pancake flavors. The potato version costs $8.25 and is available for dine-in as well as on Uber Eats.