22 years ago, Michele D’Aprix started working in a cellar in Sonoma learning everything she could about the art and craft of making wine. Now, decades later, the only female American winemaker in Bordeaux recently returned to Hoboken — to her old roots at Bin 14 every Friday — to give the Mile Square a lesson in what makes French wine so great. Read on to find out all about Michele D’Aprix’s lesson in winemaking at Bin 14. 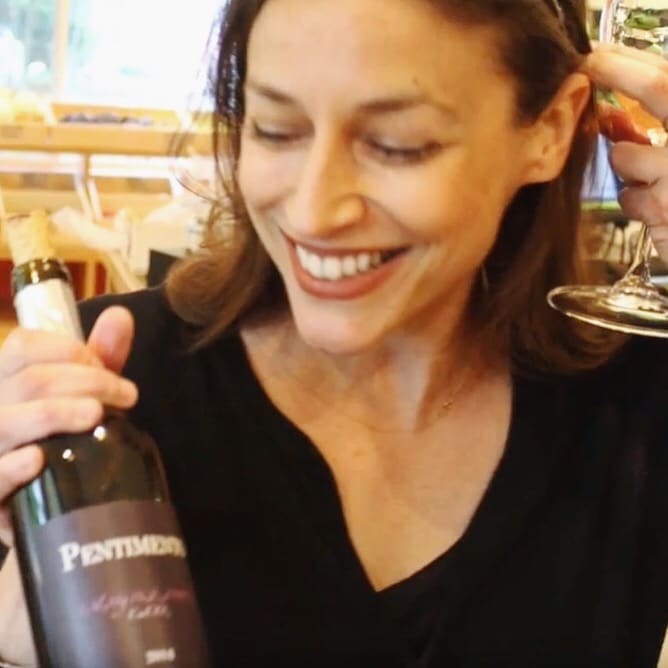 “It was my first time being in a winery and honestly, it smelled so good that I knew right when I walked into the barrel room that I needed to figure out how to make wine as a career,” D’Aprix says of her time in the Sonoma wine cellar.

According to The Juice, it was 1997 and D’Aprix was interviewing at Dry Creek Vineyard. Ultimately, she was hired. “At the time, I was a bartender in Boston. They figured a bartender’s ability to multitask outweighed my lack of experience,” she said.

Michele earned a Viticulture and Enology degree from UC Davis — “viticulture” means the cultivation of grapevines and “enology” the study of wines. She spends half of her year working in France, running her wine importing business. After years of studying the art, the upstate New York native took her winemaking talents to Hoboken’s own Bin 14.

“It was fun!” D’Aprix recalls of her time at the upscale wine bar on uptown Washington Street. “I was very happy to have a part-time job in a busy neighborhood bar, and they were extremely accommodating to my random winemaker/importer schedule.”

“I liked being there because the crowd at Bin is very interested and open to trying new things,” D’Aprix continued. “Joel, the wine director, really delivers on that for them. His program is really diverse and his focus is getting the community excited about tasting a variety of unique wines from all over the world.”

It’s clear that Bin 14 is still very much a massive supporter of D’Aprix’s winemaking career. After all, they jumped at the chance to sell D’Aprix’s Pentimento. “Bin 14 has been a great supporter and they’ve always had Pentimento and the other wines I make on the list. In fact, they were the first restaurant in the country to offer Pentimento by the glass,” D’Aprix says. “Joel is extremely knowledgeable and really gets behind the work of small, independent growers and wines that are a little more off the beaten path.”

But aside from attributing Bin 14’s wine director with encouraging her success, D’Aprix also credits being a woman as integral to her winemaking story.

“The issue of gender definitely comes into play, but more so here in the states,” she says. Currently, D’Aprix is the only American female winemaker in Bordeaux. “Those who have been supportive of my work {or not} might surprise you. It doesn’t influence the way I make the wine, but on many occasions, it has influenced the way the wines are received. There are fewer women working in the field than men, so the fact that I’m a woman can at times draw a bit of attention,” D’Aprix adds.

For D’Aprix, winemaking and importing isn’t just about what goes on in the cellar. It’s also a very social career.

“Working in the cellar and then getting to meet the people who ultimately drink the wines [are my two favorite things about the industry],” she says. “I get to spend a lot of my stateside time visiting retailers and restaurants in different states, and hanging out with the consumers is not work to me. I enjoy hearing their stories and what they have to say.” Now, for the most important question, Hoboken Girl had to ask: Where’s D’Aprix’s favorite local place to grab wine?

“When I come to Hoboken, Bin 14,” she says. “Joel always has something new and interesting to sip on. My favorite wine comes from a tiny winery in Spain, in the town of Falset. It’s called ‘Comunica.’ I like the way the winemakers {Pep Aguilar and Patri Morillo} work, and I get to work alongside them in the cellar making a wine of my own. It’s my favorite cellar to work in.”

Read More: A Trip to the Roseé Mansion in NYC

And after so many years of dedicating her life to the business and craft of winemaking, D’Aprix wants people to know just how much tender love and care goes into the process – and the quality ingredients.

“I think the most important thing I’d like people to know about the wines I make is that they are made organically. I don’t load them with chemicals or commercial products in order to get them to look or taste a certain way…They are very, very fun to make.”

Fun to drink, too. Join Joel every Friday at Bin 14 for a weekly wine tasting event where guests will explore a series of fine wines. Cheers!

Have you tried Michele’s wines at Bin 14 yet? Let us know in the comments!