Hoboken is now home to a new restaurant, One12 Hoboken at 112 Willow Avenue as of Monday, February 22nd. The new artisan kitchen is serving up Italian to-go dishes and endless antipasti plates. Read on to learn more about this restaurant and what to expect.

One12 is an artisan kitchen, according to the website. The eatery opened its doors today and is available for breakfast, lunch, and takeout.

One of our team members stopped by to check out the menu and it looks like One12 is offering tons of lunch dishes like broccoli rabe and grilled eggplant, with endless sides to choose from like garbanzo bean salad, stuffed peppers, caramelized onions, olives, potatoes, and more. The menu also boasts a large variety of antipasti, perfect for complimenting a hearty meal.

The same location {112 Willow Avenue} used to be home to Nourishing Wisdom for Mom + Baby, which was a holistic and wellness center that offered to nurture support and eco-conscience products for pregnancy, parenting, and natural family living. It opened in December 2013, but has now relocated to Union City and is called The Lactation Place.

See a new restaurant “Coming Soon” or hear about a new business opening its doors in Hoboken or Jersey City?  Email us at hello@hobokengirl.com. 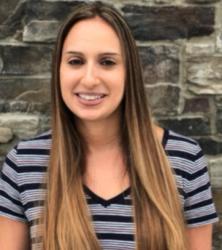 After landing her dream job as a reporter for In Touch Weekly and Life & Style Weekly, Diana moved to The Heights in 2014 and has been living in Jersey City since then. Diana enjoys riding her bike at Lincoln Park and taking fitness classes in the downtown area in her free time. She loves binging reality TV shows, dining out and grabbing drinks with friends, and traveling to new places. Her work has led her to meet and interview celebrities as well as attend exclusive events and premieres in New York City. But at the end of the day, what she enjoys the most is cuddling up with her newly adopted kitten, Chloe.