A week of life in Hoboken + Jersey City means there is plenty of news to catch up on. Among the local headlines: Stevens has opened campus tennis courts to vaccinated residents; a Taiwanese dessert shop is opening in Newport; Hudson County to expand summer school program; and so much more. Keep reading for all the news you missed this week in Hoboken, Jersey City, + beyond. WalletHub’s annual list was released on Tuesday, proving that by popular vote, New Jersey is the best state to live in, per NBC. As a surprise to none of us, New Jersey ranked in the top 10 for safety, quality of life, and education but finished second to last for affordability.

Statue of Frank Sinatra to be Installed by Blue Eyes Cafe

Local sculptor Carolyn D. Palmer has been working on a statue of Frank Sinatra for the better part of two years. When completed in December, the statue will be installed, leaning against a lamppost, outside of the Blue Eyes Cafe, per NJ.com. The larger-than-life statue will depict Sinatra around 45 years old and is anticipated to attract rightful attention from locals and tourists alike.

On Friday, June 18th, local singer Rio debuted her first single.  “I make music that I describe as ‘indie-soul and r&b’ and often people compare me to Amy Winehouse,” she told Hoboken Girl. ” Rio, who was born and raised in Hoboken, is a soul singer who blends rich, raspy vocals with lo-fi beats and honest lyrics. Follow her on social media for updates. Thousands of police officers rallied together in an annual tradition of carrying the ‘Flame of Hope’ torch which eventually makes it to the Special Olympics of New Jersey Opening Ceremonies, per Pix11. This event includes 3,000 officers and spans 400 police departments. “To be able to run and know that you’re running for a purpose was really great for me,” said Tawana Moody, JCPD Police Director.

Claire Pedulla has been named the new Director of Community at Mission 50 headquartered in Hoboken, per Patch. She will spearhead efforts to create an environment that facilitates productivity and flexibility within a reimagined workplace. In 2009, a French artist created a second, smaller Statue of Liberty fondly known as ‘Little Sister’. France will send this statue to the United States in time to celebrate Independence Day this year, per NPR. The statue will sit across from Lady Liberty July 1st through July 5th, after which it will be related to the French ambassador’s residence in Washington D.C.

Local entrepreneur and baker Monique Johnson is hosting a series of grand opening events including a ribbon cutting to introduce her southern style bakery and school, Sweets 4 Miles Culinary Academy, per Jersey Digs. The new shop is located at 292 Martin Luther King Drive in Jersey City. Owner of The Madison Takes Over Verizza Pizza in Hoboken After opening in October of last year at 152 Newark Street in Hoboken, Verizza, a pizzeria that specialized in artisan Italian food, has announced that it had closed. However, pizza will continue to live on at this storefront as the owner of The Madison Bar + Grill, Dave Carney will be taking over Verizza with a new vision. Click here to read more on what we know about the sudden closure of Verizza in Hoboken and what the local restaurant owner, Carney, plans to do with the restaurant. This week, local officials announced that the city has agreed to pay $18.5M for the undeveloped space in uptown Hoboken which has been sought after for a continuous public access waterfront, per Patch. NY Waterway has previously used the space for ferry maintenance but has entered an agreement with the City of Hoboken to sell the parcel.

At 9:15PM on Tuesday, residents of New York and New Jersey marked a major milestone in the fight against COVID-19 with a celebration of fireworks over New York Harbor, per Patch. The Empire State Building was also lit in blue and gold to recognize the end of restrictions for the state. As of now, New Jersey has vaccinated over 50% of the population.

A post shared by Computers For People Inc. (@computers4people)

In a recent study by the National Center for Education Statistics, about 20% of 8th-grade classrooms reported not using computers for schoolwork during the school day. Often, this is a result of decreased access to technological resources. Fast-forward to the pandemic, and it’s even more of a gap in access. This concern, which has been labeled nationally as the “digital divide”, has proven to be an issue here in Hudson County for numerous programs providing educational and social resources for students. Sixteen-year-old Hoboken resident Dylan Zajac heard about this issue and knew that something had to be done.

Since the beginning of the year, Computer 4 People has donated 332 computers, impacted over 700 individuals, and kept 6,352lbs of toxic E-Waste from polluting the environment. Click here for the full story. The Stevens Institute of Technology has an ongoing partnership with the Hoboken community and will provide access to their tennis courts during the summer months, per Tap Into. The courts are open for the Hoboken community through August 22nd. Residents above the age of 18 who are fully vaccinated can use the courts on the northern end of campus between 10AM and 8PM. Monday through Friday. During the weekend, the hours are 10AM to 6PM.

In an Instagram post this week, Grind Coffee announced, “It’s Collaboration Season! Introducing our *JUNE* Drip! It’s a DRIP not a DROP. Starting this Friday through Sunday we’d like to welcome our second DRIP – we’ve partnered with our friend @bakdbakery to bring you KD’s delicious Instagram-worthy cookies. Limited quantities daily. Until we run out.” Hoboken will pay tribute to the late Gary White with a plaque, a scholarship, and an instructional clinic, per NJ.com. On Saturday at Church Square Park, the plaque will be unveiled at the basketball court named in his honor. White was a longtime Hoboken school employee who was involved with youth sports for more than four decades and died of COVID-19 in April 2020.

Concert Scheduled to Fundraise For Hoboken and Sparta Teacher A Hoboken and Sparta teacher who had a stroke will have a virtual charity concert to raise funds, per Patch. Friends of Billy Connors, the stroke victim, have scheduled the concert for June 24th. Connors was a teacher and coach in school districts including Hoboken, Sparta, Emerson, and Weehawken. A proposed development could bring a massive high rise with over 3000 units to Jersey City’s West Side, per Jersey Digs. The pending Jersey City Redevelopment Agency resolution says this project would be developed in three phases. The firm, Route 440 Developers, already owns five of the six parcels that are the subject of the plan. Jersey City’s Artist and Maker Market is back this week after two rained-out weeks in a row, per Patch. The Market is an open-air bazaar at the Grove Street PATH Plaza and the Journal Square Plaza. This market features locally created fine art and premium hand-crafted goods. Jersey City Together cited a provision in President Joe Biden’s American Rescue Plan and contended that the state needs to reverse the $71 million cuts for the local board of education, per Hudson County View. A letter signed by 16 members of JCT called for immediate change to the proposed state budget, due to the “maintenance of equity” provision. The exterior recladding of Harborsides 1, 2, and 3 in Jersey City is almost finished, per New York Yimby. The Harborside buildings are alongside the Jersey City waterfront and range from eight to 12 floors high. The upgrade is being developed in a collaboration between Mack-Cali Realty Corporation and SJP Properties and is designed by Elkus Manfredi Architects. The construction is expected to total $75 million. Mayor Fulop and the Jersey City Office of Sustainability announced the first Climate and Energy Action Plan to reduce greenhouse gas emissions, per Jersey City NJ.gov.  This plan will advance projects that improve residents’ quality of life while saving energy and money. The Action Plan has over 50 individual actions for reducing our carbon footprint. A city-funded project that could bring a new library to a neighborhood outside of both Downtown and Liberty State Park is being considered for advancement, per Jersey Digs. Jersey City’s council will be voting on a resolution regarding 295 Johnston Avenue. Officials would like the property to house the Free Public Library’s Johnston Avenue Branch. For the first time since the pandemic, NY Waterway resumes all-day weekday ferry service between Paulus Hook and Brookfield Place, per Patch. Service between the terminals was operating only during rush hours before, but regular service will begin on Monday. Ferries will now run all day from 6 a.m. to nearly 10 p.m. on weekdays.

A New York City restaurant specializing in fried chicken is coming to a Mile Square City storefront, per Jersey Digs. Sticky’s Finger Joint was initially launched in 2012 in Greenwich Village. The eatery has been featured on several television shows and features dipping sauces inspired by cultures around the world. In order to address the COVID-19 learning loss, a number of Hudson County school districts aim to expand their summer programming, per NJ.com. The school district normally has only a summer school credit recovery program at two schools for high school students trying to stay on track. This year the district is expanding to about a dozen schools so all students can catch up before fall. Last week, Hoboken residents spotted something fishy while walking along the Hudson. A large scaly creature broke the surface of the river, sunning itself close to shore just long enough for interested locals to snap a shot. When the picture was reposted to Hoboken Girl’s Instagram, people jokingly guessed that the animal could be anything from a lost alligator to a river monster. After a more serious review, it was determined that the photo likely captured the endangered Atlantic Sturgeon. Click here to read more about the species, and what this sighting might mean for the Hudson River ecosystem.

From a charming rustic coffee shop on wheels in Exchange Place to a beautiful storefront in the Jersey City Heights located at 10 Cambridge Avenue, Hybrid Coffee has announced that it will be returning to downtown Jersey City in the form of a storefront located at 398 Manila Avenue. The owner, Evan Santiago, posted a message on Instagram thanking his Heights neighborhood clientele and reintroducing Hybrid to the downtown neighborhood. He reassures us the new location will maintain all of the charm and spirit that Hybrid is known for. Click here to learn what we know about Hybrid Coffee relocating in Jersey City.

Planning Board to Vote on Cannabis Retail in Jersey City 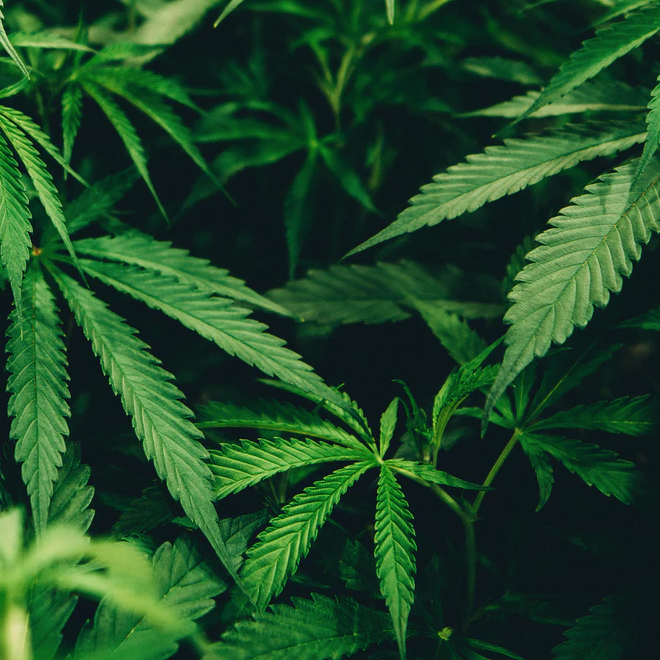 For the first time, the Jersey City Planning Board discussed the logistics of allowing cannabis dispensaries to be opened in the city, per Hudson County View. The board decided to vote at the upcoming June 22nd meeting.  A final decision would be discussed with the City Council in August.