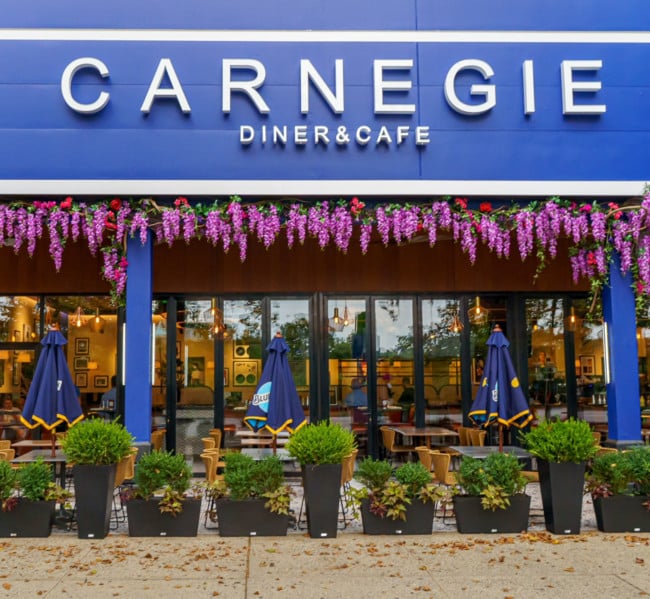 The NYC diner that many people visit before and after checking out a Broadway show is owned by Stathis Antonakopoulos, who also works as the cafe’s executive chef. Carnegie’s first location, at 205 West 57th Street, opened in 2019.

“We’re very centrally located across from the iconic Carnegie Hall. We have organic menu options, which sets us apart from our competition and any modern-style diner,” Stathis told Hoboken Girl. “It’s an elevated experience of the original idea of a diner experience.” 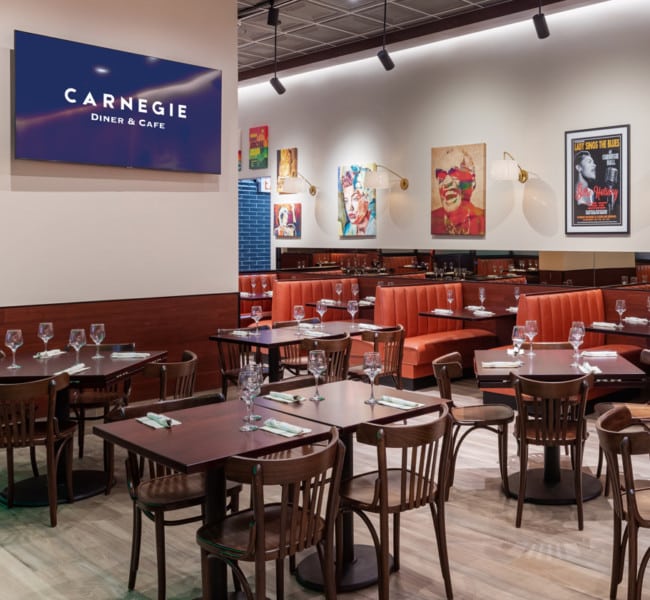 “I live in New Jersey, in Jersey City Heights, and know the area very well. It was always a goal to diversify from NYC and expand to NJ, so when the opportunity came, we took it,” Stathis said. “We love that it’s close to Manhattan, but also far away… This is where we live, and I want to make something that I’m proud to host my friends and family. My kids go to school in Hoboken, which is like a second home, and we’re excited to be so close.”

Stathis, who was born in Greece, has been part of the hospitality industry since he was 18 years old. He became the Director of Operations at Kellari Taverna, a Greek restaurant in NY and Washington D.C., and opened his own restaurant, STIX, a Middle Eastern restaurant in Queens. He’s also added CEO of Carnegie Hospitality to his resume. Carnegie Diner & Cafe is known for serving all-day breakfast, brunch, lunch, dinner and cocktails in an old-fashioned diner setting with booths. The team proudly serves all natural ingredients including organic eggs and organic burgers. HG is told that the Secaucus location is the first of its kind to launch a full page of plant-based menu items, consisting of the Impossible burger, vegan meatballs, souvlaki platter, yeero, and souvlaki.

For breakfast, customers can choose from three eggs any style, omelets, buttermilk pancakes, waffles, crepes, french toast, avocado toast, and quinoa bowl among other options. For lunch and dinner, there are a variety of appetizers to select from such as mac & cheese with bacon or with lobster, homemade chili, and chicken wings. 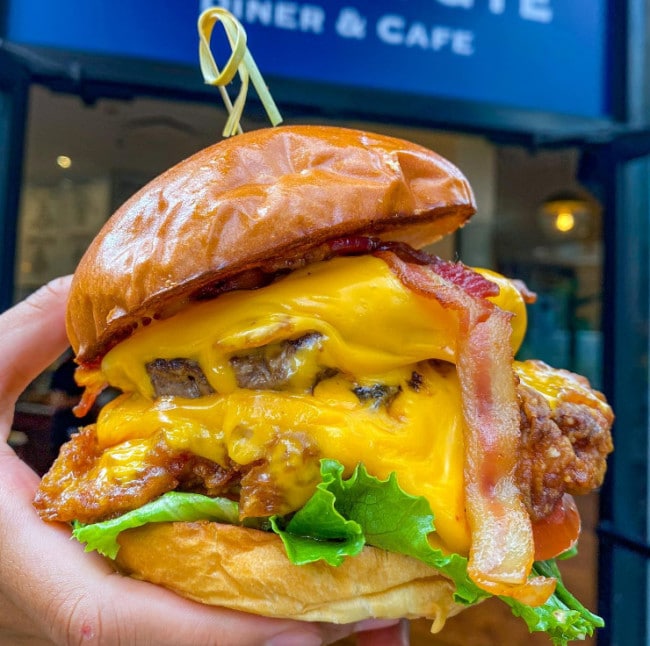 Customers can select from the assortment of chef’s salads, sandwiches, burgers, lobster roll, and so forth. Then there are a variety of entrees to choose from and, of course, desserts galore — cupcakes, milk shakes, and the OMG 24-layer chocolate cake. This diner is no doubt for the foodies of Instagram with all the Instagrammable menu options.

Carnegie Diner & Cafe in Secaucus is open seven days a week from 7AM to 10PM. The best time to visit, of course, is happy hour from 4PM to 7PM where beer is $4.95, wine is $5.95, and cocktails are $6.95. However, there is an unlimited mimosa special offered all-day that’s just $19.95. And fresh squeezed orange juice and fresh brewed Lavazza coffee are also served all day. “I’m extremely excited [about being part of the community],” Stathis added. “We’re big fans of the shopping center ⁠— it’s a shopping center that my family and I are familiar with. It’s spread out, it isn’t congested. It’s more approachable and encompasses the American dream.”

Reservations for the cafe can be made through OpenTable or by calling the diner directly. For more information, follow Carnegie Diner & Cafe on Instagram.