The days are shorter, the temps are cooler, and many of us are just in the mood to get cozy under a blanket and curl up with a good book. Lucky for you, we’ve got your reading list sorted thanks to one savvy writer + the woman behind Hoboken Booksta. Whether you’re looking for a good thriller or romantic story, we’ve rounded up some of the best books for you to read this month. Keep reading to find out the five must-read books for your October book binge {all found locally}.

The Whisper Man by Alex North 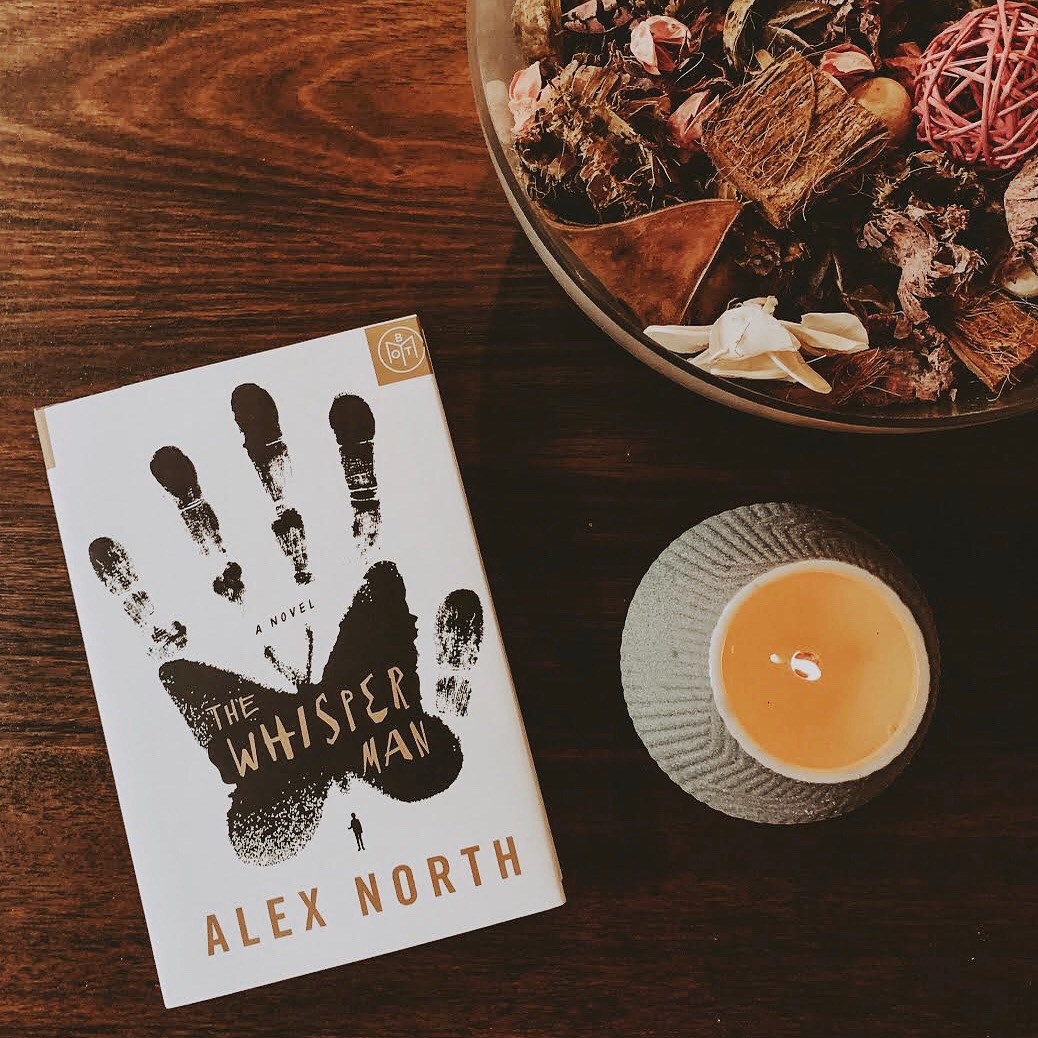 After the devastating loss of his wife, Tom Kennedy is desperate for a fresh start for him and his son, Jake. When he finds a house for sale in a different town where no one knows them, he jumps at the opportunity. Featherbank seems like the perfect escape… well, until a little boy Jake’s age, named Neil, mysteriously goes missing.

Investigators cannot find a trace of Neil anywhere and no one has seen him since the fateful evening of his disappearance. Some people think he just ran away but Detective Pete Willis is afraid of the worst. Twenty years ago, he was responsible for catching the elusive serial killer known as the Whisper Man.

The Whisper Man, whose real name was Frank Carter, kidnapped and brutally murdered five young boys, all around the same age as Neil. He would develop relationships with the boys by whispering to them from beneath their windows in the middle of the night. At the time, there were various rumors that Frank had an accomplice, but there was a startling lack of evidence to support these claims. Willis can’t shake the gut-wrenching feeling that Frank Carter has something to do with Neil’s disappearance and he will stop at nothing to prove it. The only question is can Willis catch the culprit in time before he strikes again? The Whisper Man is the perfect spooky thriller to kick off the Halloween season, so run don’t walk to get a copy. A beautiful story about the dynamic relationships between two neighboring families, the Gleesons and the Stanhopes. Kate Gleeson is the wild child of the family and the apple of her daddy’s eye. Peter Stanhope is the only child of his parents’ troubled marriage, but not even his own mother can be bothered with him. The two kids could not come from more different families, but that doesn’t stop them from becoming inseparable in the way that only children from the same neighborhood do.

One awful night, a tragic accident instantaneously changes their world forever over the course of four decades. Through the multigenerational perspectives, watch as the Gleesons and Stanhopes evolve from the innocent children they once were, as they struggle to understand and believe in the healing power of forgiveness.

The Unhoneymooners by Christina Lauren Olive and Ami Torres are twins and could not be any more different. Things just don’t happen for Olive the way they do for Ami. Ami was able to plan an entire wedding just by winning contest after contest. On the other hand, Olive was unexpectedly fired from her job, prompting some serious and long-overdue soul-searching. In order to help her sister execute her dream wedding, she must put her pity party on hold and suck it up.

Much to Olive’s dismay, there is still a ton of work to do and she is responsible for bringing it all together for the sake of her sister’s sanity. But no pressure.  As if she wasn’t stressed enough, Olive will be forced to spend a lot of quality time with the best man, Ethan, whom she absolutely despises.

When the big day finally rolls around, disaster strikes and every single person falls victim to food poisoning except Olive and Ethan. For Ami, the only thing worse than becoming violently ill in public on her wedding day is the thought that her hard-won free honeymoon trip will go to waste. After lots of begging and pleading, Ami finally convinces Olive and Ethan to take advantage of the free trip but the only catch is that they have to pretend to be the happy couple. What starts out as Olive’s worst nightmare quickly becomes the best thing to ever happen to her. It is impossible not to fall in love with both characters by the end of this book. This delightful and refreshing romance is just what you need to break up all those thrillers you’ll be reading this fall.

A Stranger On The Beach by Michele Campbell Who knew that saying hi to a beautiful woman on the beach would lead to a murder investigation and an organized crime conspiracy? Certainly not Aiden Callahan, or else he would have kept his big mouth shut and his hands to himself. What started off as an innocent conversation on the sand outside of a stunning Hamptons home quickly became something much more sinister.

After a very public fight with her husband at their own party, Caroline Stark is confronted by the fact that her marriage and life as she knew it is over. Absolutely distraught by this unwelcome realization, Caroline finds herself at the local dive bar, searching for a reprieve in the mind-numbing comforts of vodka.

From the minute he laid eyes on Caroline, Aiden knew it was love {and lust} at first sight. So, he couldn’t believe his luck when she shows up at the bar where he works, watching him intently from afar. After a few too many drinks, Caroline graciously accepts Aiden’s offer to drive her home. One thing leads to another and a passionate, vodka-fueled night of passion ensues. Unfortunately for Aiden, Caroline wants nothing to do with him after that. Devastated and heart-broken, Aiden refuses to give up that easily, shamelessly stalking Caroline and even contacting her daughter away at college. When Caroline’s husband is murdered, it’s obvious that Aiden is responsible for it…right? From the moment they met at college, Violet and Stella were inseparable. Everyone just naturally flocked to Stella, she was stunning, charming, and very wealthy. Violet could never quite figure out why Stella wanted to be her friend, especially since she was constantly surrounded by people that were more deserving of her attention. Maybe Stella just needed a less attractive and more responsible wing-woman to get her out of the messes she inevitably made everywhere, but Violet didn’t care. They were best friends and loved each other to death.

After graduation, they moved into an apartment in New York City together even though Stella made no plans to settle down. An ambitious and bright young woman, Violet secured a position in cable news. While she was not employed by the most glamorous network, Violet did it all on her own. She forged her own way in the industry, which is more than she could say for her best friend who was recklessly gallivanting across Europe.

But everything changes when Stella returns to New York and realizes that her friend has created a life for herself outside of Stella’s little bubble. Soon enough, Stella begins to infiltrate Violet’s world. She gets a job at the same network and even dates Violet’s closest coworker. Then Stella takes it too far when she takes all the credit for the big story Violet has been slaving over for countless months. Tensions build and it quickly becomes clear that they can no longer work together if they want to salvage their relationship. But what happens when success means more to you than your friendship? How far will you go to get what you want?

Which of these books are you most excited to read this month? Let us know in the comments below!