Hoboken, it’s with a heavy heart that we have to pour one out for Nag’s Head, as the pub has officially announced it’s closing its doors. The pub on 1st Street, known for the best pints in town {some say!}, is officially for sale after serving the Mile Square since 1998.

“Thank you to the lovely Nag’s Head community including all those patrons that have come and gone over the years,” a post to the official Nag’s Head Facebook page reads. “It has been an honor to serve you over the last twenty-two years. We also want to extend our gratitude to our incredible staff.” Here’s what we know so far. Nag’s Head Pub opened at 359 1st Street off of Clinton Street back in 1998 and in the decades since, has stood the test of time among locals. As more “mainstream” bars came and went on the Washington Street bar strip, Nag’s Head has remained a local staple most frequented by Hobokenite dive-lovers. Hmag first reported the closure, which Nag’s Head Pub’s official FB page first announced on June 28th. The owner of Nag’s Head, Barney Finnegan, and his wife, Ruth, are selling the business in order to enjoy their retirement.

We have sold the bar and we are starting a new phase in our lives — retirement! We have had many good memories with you all and we will miss your friendly faces. Best of luck to you as you continue to move through this uncertain time. We wish the new owners the best of luck and hope you’ll stop in to visit them! Slainte.

Helping the Community + Beyond

Its 22 years of serving Hoboken speaks to the pub’s resilience enough, but longtime Mile Square dwellers will remember that in the immediate wake of Superstorm Sandy, Nag’s Head committed to reopening exactly a month to the day after the storm. To the people of Hoboken, it became a symbol of the City’s strength.

Then years later, Nag’s Head announced in 2017 that as a locally-owned business severely impacted by a hurricane, it was time to give back to that same community that helped Nag’s Head reopen after Sandy. The pub collected donations on behalf of Houston, Texas, which was hit hard by Hurricane Harvey August of that year.

“When Sandy hit our region, New Jersey received support from all over the world,” a Nag’s Head FB post read at the time. “Now, it’s our turn to help others impacted from the 2017 Hurricane season.”

Hurricane Harvey was a Category 4 hurricane — the United State’s first major hurricane, categorized as a Category 3 or above — since Hurricane Wilma made landfall in Florida in 2005.

The Nag’s Head collected donations in the bar and donated all proceeds directly to the Greater Houston Community Foundation + Team Rubicon, a disaster response organization.

If that doesn’t give you a sense of the kind and generous community that populated the Nag’s Head, then you’ve never had a pint at the bar.

This closure announcement comes just months after the Mile Square also lost another iconic dive spot — DC’s Tavern. DC’s, which was most often affectionately referred to as “the Cheers of Hoboken,” shut down a month before the coronavirus pandemic impacted local businesses, including bars and restaurants everywhere.

Like Nag’s Head, DC’s had been a staple in town for near 20 years. While no official reason was given for the closure of DC’s, we certainly were sad to see yet another longtime pub close its doors.

No word yet as to what Nag’s will become or if it’s already been sold, but Hoboken Girl will keep you updated as the story develops. 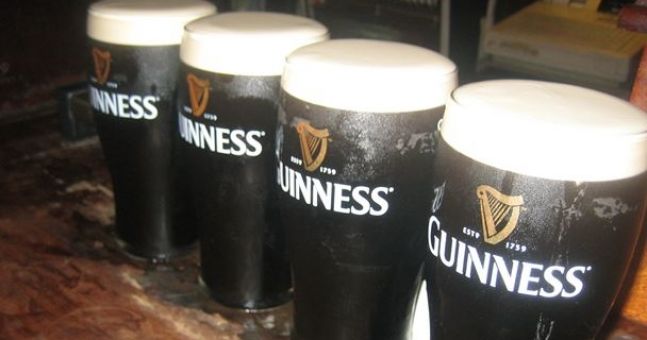