Pasta e Vino + LITM in Jersey City Have Both Closed

As Hoboken seems to be gaining more restaurants – think the recently-opened Curry Up Now and forthcoming Monroe’s Cocktail Bar — Jersey City is mourning the loss of two well-known food + drink spots this past week. Pasta e Vino and  LITM in Jersey City have both recently announced their closures. Pasta e Vino has recently announced that the local Italian restaurant has been closed since January 1st, 2020 and LITM has officially bid JC goodbye as of Thursday, January 23rd. More information on both these closures below. Jersey City Upfront reports that Pasta e Vino mysteriously closed their doors on January 1st, 2020. Now on their website is a message about the unexpected closure. It reads:

“Pasta e Vino has been permanently closed as of January 1st, 2020. We would like to thank our staff for 4.5 years of service and loyalty. We would also like to thank the people of Jersey City for their support and patronage. We wish the next business coming soon all the best and hope that 2020 is a great year for them.”

Pasta e Vino was notoriously located in a tricky place located at 136 Newark Avenue. Though the Pedestrian Plaza is a great spot for taking in foot traffic, several fan-favorite Italian restaurants are also nearby, which could have resulted in some competition. Pasta Dal Cuore – located at 527 Jersey Avenue – and Roman Nose – right across the street from the former Pasta e Vino spot at 125 Newark– were located in close proximity.

Before Pasta e Vino was an Italian eatery, however, it was Raval – a Spanish restaurant offering tapas. Raval, unfortunately, didn’t last long. It first opened in 2015, unexpectedly {but temporarily} closed in 2016 for renovations, and eventually closed its doors for good by the end of 2017. Soon after closing, Pasta e Vino was already moving into the space. Pasta e Vino lasted nearly five years serving Jersey City.

To worsen the blow, LITM {a popular drinks and art space at 140 Newark Avenue} has recently announced its closure as of Thursday, January 23rd. According to NJ.com, owner Jelynne Jardiniano Morse had put LITM up for sale a year ago and has now struck a deal to sell it. She and general manager Andrea Morin issued a statement on LITM’s Facebook page to break the news to the public. The statement read:

“Dear friends and family of LITM:

With a full and grateful heart, I say farewell.
Since 2003, LITM has been a neighborhood destination for individuals to connect and build community. For many, it became their home away from home. I have been fortunate to know most of you and to see so many of your stories unfold. After seventeen years, the LITM story has come to an end.

We created many grand memories over the years but as much as I cherish those, so do I cherish our simple everyday conversations that sealed our friendship. One such conversation was with a former staff who told me that I was like a big sister to him. He pursued his passion, like I did when opening LITM. I was surrounded by such people following their heart. I suspect this will always be the case, and I believe that the best is yet to come for all of us.

As we wrap up in the next few days, LITM will unfortunately not be open for business. Our final farewell party will not take place at our space due to time constraints. We want our chance at a proper goodbye, and will endeavor to make that a reality. It just won’t happen at 140 Newark Ave.

Artists and service providers: we will be contacting you to make arrangements, and will be available to serve you beyond the closing of our space.

LITM stands for love is the message. Thank you for believing in it from day one.” 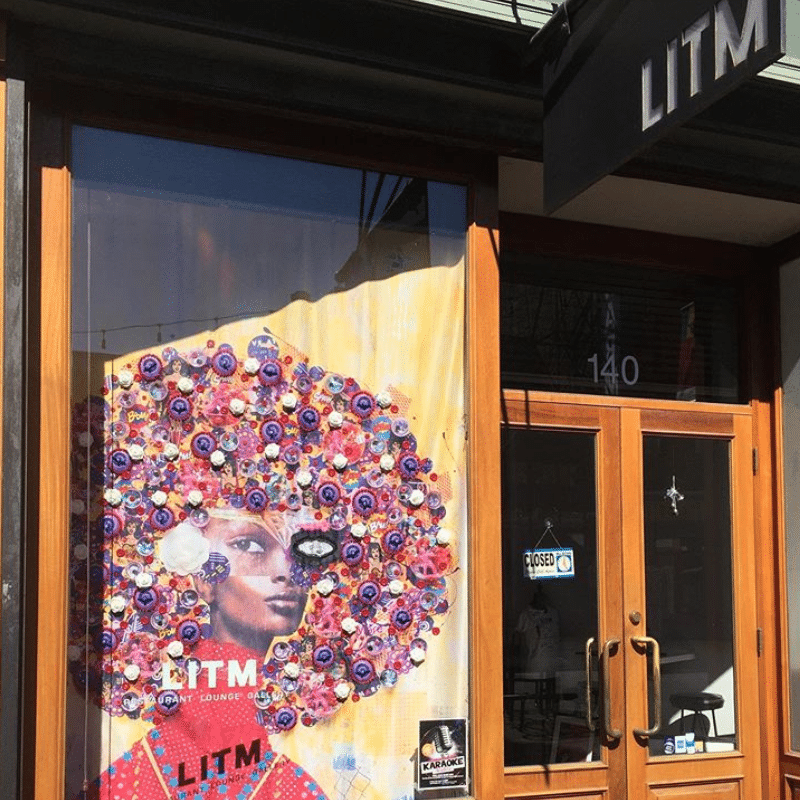 LITM served the JC community for 17 years, so its closure is quite the shock. It was known for being a “neighborhood destination for creative seasonal cocktails, award-winning American food and the local art and film scene,” according to its Facebook page.

Of course, this isn’t the first business closure that JC has seen this year.  GP’s in Hamilton Park closed in January 2020. GP’s – which had been an Italian staple in Jersey City for the better part of a decade – announced in December that it would be permanently closing come January 5th, shocking many Jersey Citians with the decision.

But fear not, as when one door closes, another opens. From the looks of it, 2020 is about to be a good year for new openings in the JC area. Lil’ Dove Cafe has recently opened its doors to the JC public, while a new Lackawanna Coffee shop will be opening soon at 321 Warren Street, Clove Garden of India has taken over the former Third and Vine space at 353 3rd Street, and so many more new spots.

So Pasta e Vino and LITM, you will be missed, but we’re excited to see what JC  has in store for the rest of 2020.