Each year, the James Beard Foundation recognizes chefs and restaurants for one of its prestigious awards. With categories such as Outstanding Chef, Best New Restaurant, and Best Chef {of each region}, The James Beard Awards are the créme dé la créme of honors for restaurateurs and chefs alike.

This past Wednesday, The JBF announced the 2020 semifinalists, and among t the seven New Jersey chefs and restaurants nominated, there were three from Hoboken + Jersey City — Maricel Presilla {owner and executive chef of Cucharamama} Dan Richer {owner and executive chef of Razza}, and 15 Fox Place. Undoubtedly so, these three have earned their place on this list and Hudson County is excited for the big reveal at the James Beard Awards Gala, set to take place on Monday, May 4th at the Lyric Opera of Chicago. Find out more about the chefs and restaurants from Hoboken and Jersey City who made the semifinalist list. Chef Maricel has created a culinary haven right here in the Mile Square with the vibrant flavors of South American cuisine. Her Cuban roots play a strong role in the Pan-Latin menu available at Cucharamama, with influence from Ecuador and other cultures. Cucharamama, which literally translates to “Mother Spoon” is just that — a {doubly} female-owned restaurant that is a powerhouse in South American cooking and is a reminder of the multifaceted tool used for “cooking” and “to scold misbehaving husbands, unruly children, and to round up cuyes {guinea pigs} that are a delicacy in the Andes.”

The menu is focused, featuring highly-coveted Pan-Latin dishes fit for the most vivacious of palates. Cucharamama’s wood-burning oven, which serves as the restaurant’s most notable feature, is the workhorse behind the menu. The pechuga de pollo asado al horno de leña {boneless chicken breast roasted in the wood-burning oven} boasts robust Peruvian adobo flavors juxtaposed by the pumpkin and mango sauce, ripe plantain + eggplant puree from Barranquilla. We would be remiss not to mention the churrasco, an Argentinean-style skirt steak, topped in chimichurri and paired with papas chorreadas, Colombian-style potatoes married with a tomato and cheese sauce. Both owners, Clara Chaumont and Maricel Presilla were overjoyed with the nomination, telling Hoboken Girl, “Chef Maricel has had the experience and recognition for her hard work as a Latin American woman and grateful to be featured as the only woman chef in this list. It is an honor for Cucharamama and Chef Maricel Presilla to be nominated.”

Read More: New Jersey Might Be the Pizza Capital of the World This Matawan, New Jersey native has been all the buzz since Razza’s opening in Jersey City in 2012 and hasn’t stopped going. The 2020 Best Chef: Mid Atlantic nomination should not come as a surprise as he made it to the semifinals in 2016, 2017, and 2018 for the same honor and in 2011, as a semifinalist for the Rising Star Chef Award. Best known for its artisanal pizza, under Dan Richer, no stones go unturned at Razza. It’s an undeniable fact that the original margherita pizza is the local favorite, simple yet iconic. As told by Dan Richer, himself, to New York Times restaurant critic, Pete Wells, he “uses a seven-point tomato evaluation rubric, where they assess each variety for color, viscosity, texture, skins, and seeds, tomato flavor, acidity, and sweetness.” Whichever tomato yields the highest score is the one in which he purchases. The commitment to authenticity and quality is evident, bringing guests back for more.

The Jersey Margherita, made from Jersey grown tomatoes, flour milled in Clifton, and buffalo mozzarella made from the milk of local water buffalos is a tribute to those hailing from The Garden State. Everything at Razza is due to its home-grown yeast culture, which has been going strong for the last eight years and is most likely the secret to the dough, which is cooked to perfection each and every time. Dan Richer is honored to be nominated for this award. 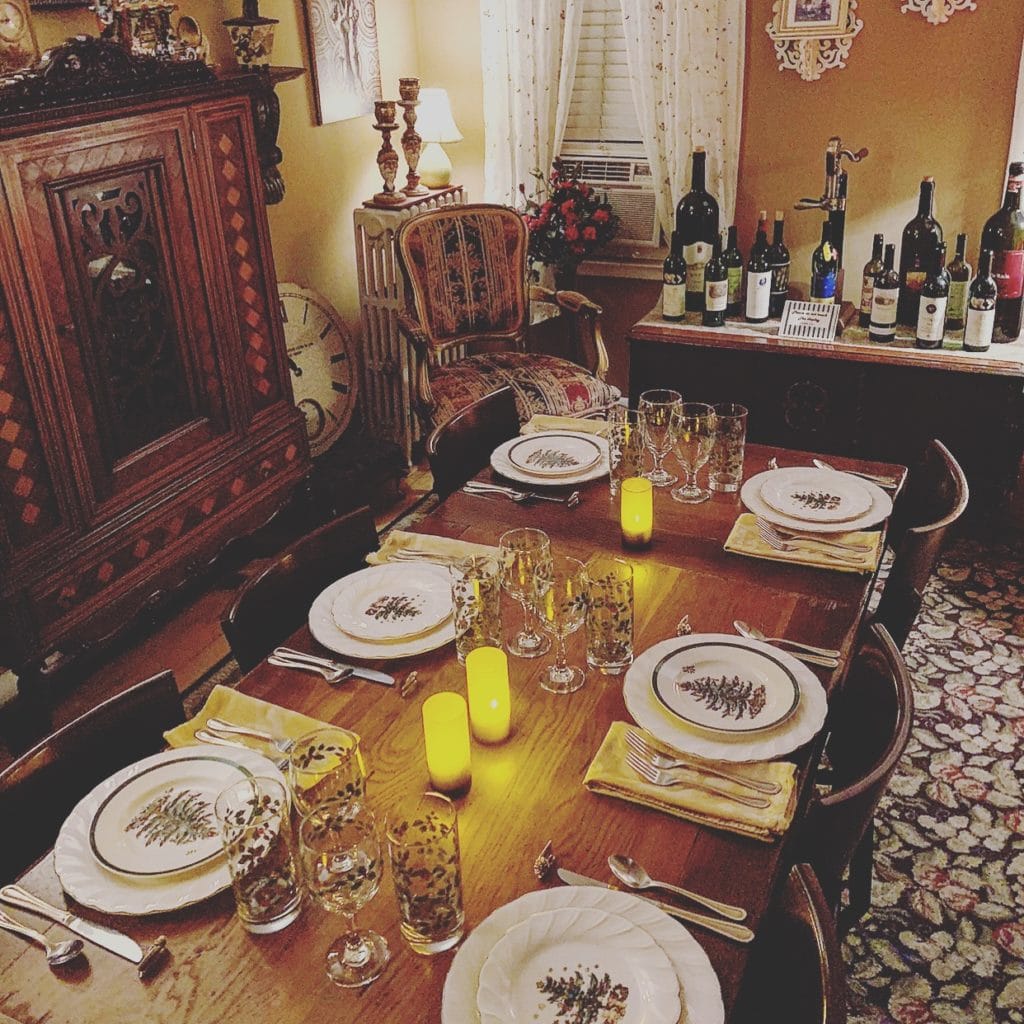 Nominated for Outstanding Hospitality, this restaurant is anything but ordinary. A passerby might not even notice the speakeasy type restaurant if you will, which is situated inside of a Jersey City home in a residential neighborhood. This spot was once the home of the Budinich family, the owners of 15 Fox Place and trust us on this one, it feels like it still is. Richard and Kathryn Budinich first opened the restaurant inside of their home in 1999, moving upstairs to accommodate the guests that would be joining them for dinner night after night. “Mom and Dad lived upstairs when we started the restaurant but moved out when we got very busy and needed both floors,” explained Marc, the current owner, and son to Richard and Kathryn, who sadly passed in 2018 but would certainly be proud of the way her family continues to carry out her vision.

Richard and Marc have continued to uphold the traditions and experience of eating at 15 Fox Place. The restaurant is exactly as one would imagine: the decór, the food, and the hospitality feel like dinner at grandma’s house. Guests will enjoy six, yes six — breathe — courses, meant to be enjoyed over the course of an evening. The prix fixe menu is filled with classic Italian dishes made from scratch with love. This family-run business is unlike any other, which is why this honor comes at no surprise to us all.

“The meal ends but we want the memory to last,” Marc told us. And it does. The Budinich family is beyond thrilled to be a semifinalist for such a prestigious award.

So, there you have it: three Hoboken + Jersey City chefs and restaurants made the James Beard cut. The winners will be announced during the James Beard Awards Gala in Chicago this year on May 4th.

Which of these local restaurants are you hoping wins this year? Let us know in the comments!