Another week is in the books. So much feel good news around the Mile Square this week, including Wallace School’s diversity event, a Hoboken couple winning $5,000 for local animal welfare organizations, and FREE parking for holiday shoppers {shop small, shop local}. Now sit down, relax, and forget about all those gifts that need to be wrapped {and your looming credit card bills for that matter}; here are the top Hoboken + Jersey City news stories of the week! More than 120 attendees gathered in the Wallace School gym on December 1st to celebrate the cultural diversity of the school’s student body and staff. The event, put on by the Wallace PTO, featured traditional dishes, entertainment, and activities from more than 40 countries including Portugal, Costa Rica, Hungary, and more. Performances by the Wallace Glee Club, Bhangra ,and Bollywood Dance by NYC Bhangra, and Irish Step Dance by Garden Street Music were enjoyed by all. To commemorate this special night, a Wallace School cookbook was launched featuring 100 recipes from families across the community. If you are interested in purchasing the cookbook, please contact wallceschoolpto@gmail.com.

Igloos to Return to Pilsener Haus Igloos will be back at Pilsener Haus this winter! These igloos, available by reservation only, are a fun way to enjoy the impending winter season and not freeze your booty off whilst drinking al fresco in January. Rent an igloo, then enjoy menu items including an array of brats, sausages, and schnitzel, as well as giant Bavarian soft pretzels {a must, IMHO}. Beer connoisseurs will enjoy sipping on 20 premium drafts or 50 European and American craft beers by the bottle. Two to three igloos will be set-up on December 14th and reservations can be made by calling 201-683-5465. Brunch at Halifax has just gotten better {as if that is even possible with their bottomless sitch}. Halifax has launched a build your own Bloody Mary bar in the Living Room at the W Hotel {lounge area right next to the restaurant}. You’ll be able to choose from different types of alcohol, mixes, and garnishes from the bar’s extensive menu. Classic garnishes such as celery and horseradish are available, but Halifax has also included savory choices such as oysters, poached shrimp, bacon, salami, mozzarella and more. Cocktails start at $10 and are served Saturdays and Sundays from 11:00AM-4:00PM. According to NJ.com, on December 2nd, a man resting in his vehicle parked between Washington and Second Streets in Hoboken, was approached by two men who knocked on his car windows and used flashlights to peer inside. The victim thought the men were undercover cops so he lowered his window. He was asked for paperwork and if he had been drinking, but things took a turn when he was asked to handover the money that was sitting in the cup holder. Realizing his mistake and fearing for his safety, the victim turned on his dash cam and and handed over the money. He then dialed 911 and tailed the impersonators until they were met by responding officers. The men were charged with extortion and impersonating law enforcement officers. Jason Lopez and his wife never considered themselves to be truuee cat people, until they adopted their cat Bruce Wayne. Fast forward two years and Bruce Wayne’s charming personality and adorable quirks have won over the Lopez family. To celebrate him, Lopez submitted an essay detailing how the cat changed his family’s lives for the better, to the Holiday Wishes grant, a campaign run by the Petco Foundtion. The foundation will donate $765,000 to animal welfare organizations this holiday. The Lopez family’s story is one of 10 winners in the tri-state area bringing $180,000 of winnings to local animal welfare operations in need. Lucky for Bruce Wayne, adopters with winning stories will also receive a $1,000 Petco gift card. 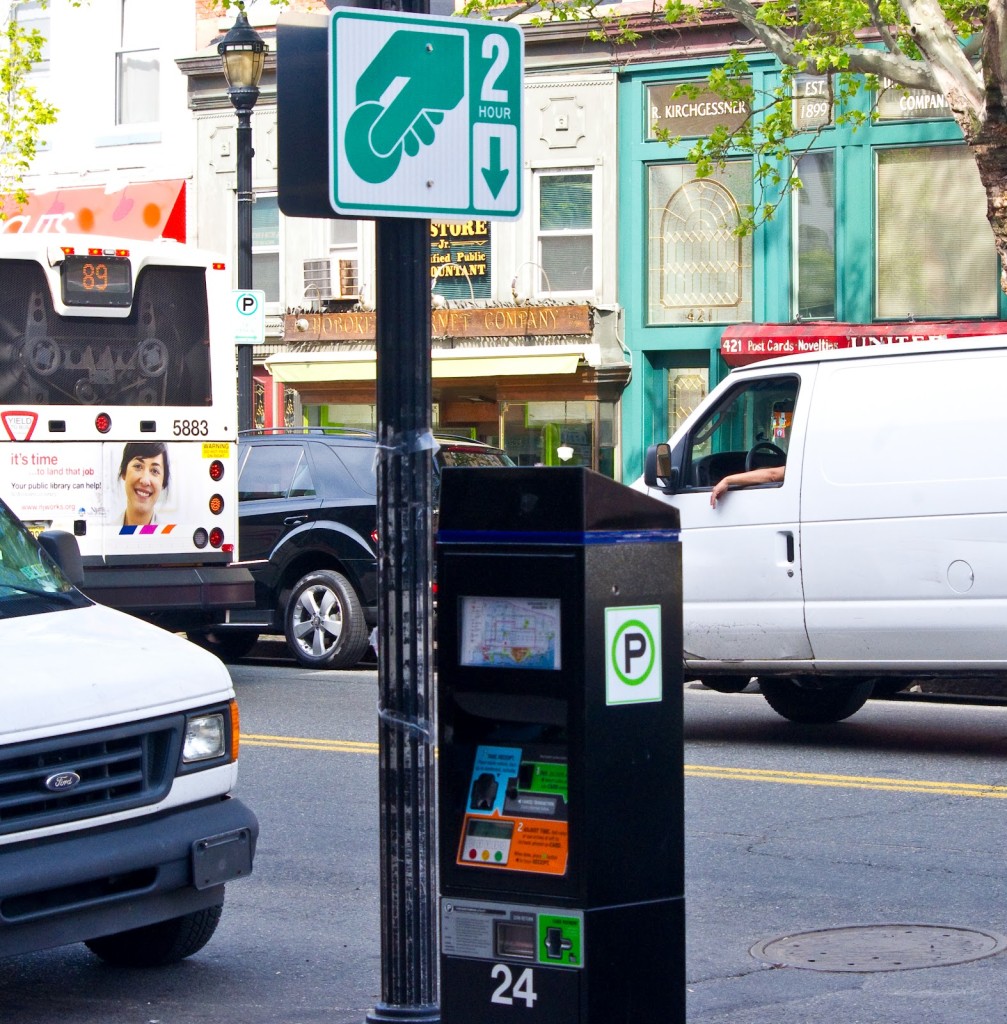 Good news for holiday shoppers and local businesses. The City of Hoboken is offering up to four hours of free garage parking in municipal garages B (28 2nd St), D (215 Hudson St), and Midtown (371 4th St) from December 7th through January 1st. Visitors looking to take advantage of the free parking must present receipts totaling at least $25 on food and/or retail purchases from any Hoboken business that same day to the parking attendant. Any time over the 4 free hours will be charged at the regular rate.

La Unica Opens in the Heights

La Unica has opened their second bakery at 454 Central Ave in the Heights. The new spot serves a blend of Cuban and Chinese {yes you read that right} baked goods and drinks. The drink menu consists of coffee, tea, bubble tea, smoothies, fresh juices, and milkshakes {someone please try the honey avocado shake and report back}. Food items include a variety breakfast sandwiches, empanadas, and Cuban empanadas. In celebration of their grand opening, La Unica is giving away free coffee with to each visitor who shows this coupon and spend $5 on other goods.

Hoboken police arrested a Totowa man who allegedly went on a punching spree last weekend, reports Patch. {Side note: WTF!?} The police were called to the area around Hudson Place at 2:45AM where they found two men on the ground with minor injuries. The men told the police that they had been attacked after refusing to give their assailant a cigarette. The police were then approached by three additional men who stated that they had been struck as well. Police arrested Dominic Coppa and charged him with aggravated assault, simple assault, and hindering apprehension for providing the officers with a different name. Field Colony, a boutique co-working space in Hoboken meant to foster community for creatives and residents alike, is hosting a pop-up gallery exhibition on December 16. The gallery, Made in 07030, will feature 11 Hoboken-based artists including Morgan McCue, Tim Daly, Tai Lin and more. Made in 07030 will also feature a “Meet the Brewer” event with Hoboken Brewing Company’s Andrew Zebrowski and Brendan Drury. The exhibition will run from 10:00AM-10:00PM, Meet the Brewer from 1:00PM-3:00PM, and the artist reception from 6:00PM-10:00PM. Not able to make the exhibition? Works will remain on display until January 15th, so make sure to stop by! CarePoint Health has proved it is more than just a hospital, but a part of the Hoboken community yet again. According to Tap into Bayonne, CarePoint has donated 10 laptops for students in the middle-school TRUE Mentors program. TRUE Mentors is a Hoboken nonprofit that offers children age 7 to 17 the opportunity to start a one-to-one mentorship with a adult community member. TRUE Mentors Executive Director Katie Eades was particularly excited for the additional laptops for TRUE Mentors’ Teen Internship Program. Each year, 15 to 20 students go through the internship program and will now have an easier time submitting college applications and applying for jobs. We LOVE TRUE Mentors and are so happy for them to be getting the supplies they need! Rituals and Hoboken resident, Jeannine Morris, are hosting am exclusive night of pampering and shopping at the Rituals 5th Avenue location on Monday, December 11th. Rituals’ extensive collection of luxurious and affordable home and body products are inspired by the wisdom and ancient traditions of Asian cultures. Rituals believes in finding joy in the simple rituals of daily life. Stop by and recharge from the busy holiday season from 6:00PM-8:00PM. Pampering treatments, complimentary drinks, and light snacks will be provided. Email newyork.5thavenue@ritualsshops.com to RSVP.