Home Culture Chapbooks: Recollections of the People of Hoboken

Chapbooks: Recollections of the People of Hoboken

The Hoboken Historical Museum is always bustling with new exhibits and projects highly coveted by local neighbors and visitors of the Mile Square City – it stands out as the strongest center of local history in the state of New Jersey. Museum director, Bob Foster and his wife Holly Metz partner together on an ongoing project: Oral History Chapbooks. A chapbook is defined as a small book or pamphlet containing poems, ballads and stories. Essentially, small pamphlets that contain stories of people who seem larger than life.

The project, which began 18 years ago, is the “most personal and special commitment to Hoboken,” Holly explained with pride. After moving to Hoboken in 1979, she fell in love with the city, and once given this opportunity, knew she wanted to find a way to tell the stories of the people of Hoboken. It was important to her and Bob to tell the stories of the people who aren’t typically in the spotlight {hence, no politicians or public figures}, but capture the people who are the soul of the city. From the everyday neighbors who have gravitated from countries around the world to those who have lived in Hoboken their entire lives. Read on to discover all about the Chapbooks: Recollections of the People of Hoboken. The People of Hoboken

Since the year 2000, the museum has published 34 chapbooks. That’s about twice a year, which is pretty amazing considering the time it takes to execute. They span across a wide array of personal collections from Hoboken residents. No two stores will be alike, yet they all share the common thread of having a profound story to tell. There have been sibling and couples featured, but for the most part, the chapbook will share the personal story from an individual to capture a single perspective. Although many people have stories to tell, there is a well-intended selection process behind whose story is told.

See More: Then and Now: Hoboken’s History Through Post Cards Once you’ve had the honor of being selected {and it truly is a badge of honor, if you ask any participant}, Holly and Bob will sit down in a comfortable and intimate setting to record the story on tape. It’s intentional that the conversation is on an audio recording, so it’s as if you’re having a private conversation with a friend and not fidgeting in front of a camera on an “interview.” Once the audio recording is completed, it’s then directly transcribed without any grammatical editing.

“It’s important to capture the essence of the person, exactly as they have told their story,” explained Holly. Together over the recording, they often forget the tape is recording as they share many laughs, and often tears as the stories unfold. The title of the chapbook will often be a direct quote captured from the recording, so the person is fully captured from cover to cover.

One of the beautiful parts of the process is that each Chapbook concludes with an event at the Museum to celebrate the honoree among their friends, family, and neighbors.

“It’s a rare chance to celebrate a person while they’re still living to just celebrate who they are [and] share their story with the community,” added Bob. The events are free of charge and every attendee receives a copy of the book.

Highlights of the 34 Chapbooks Next time you’re in the museum, check out the chapbooks in the gift shop for yourself. Some of the stories to look forward to reading more about are:

“Today We Are Blessed So Why Not Be Happy,” recollections of Peter Volaric

Peter worked six days a week painting both exteriors and interiors of Hoboken homes. He and his wife Antonia separately immigrated to America from Croatia to eventually meet in Hoboken where their lives together began.

Dorothy grew up in Hoboken and worked as a bartender at Club Zanzibar, an African American nightclub located at 601 First Street, which was open for twenty years and featured big ticket artists who would perform second acts each night after their earlier shows at the Apollo.

“The Simple Dialogue of My People,” recollections of Hoboken-born and Tony-nominated playwright, Louis LaRusso II

As the author of more than 70 plays, he explains in his evolution of writing, that similarly once he “started to write about my family and Hoboken, and things that meant something to me, I came to life. I came to life in this simple dialogue of my people.”

Read More: A Hoboken Walking Tour: A {Literal} Step Into The Past 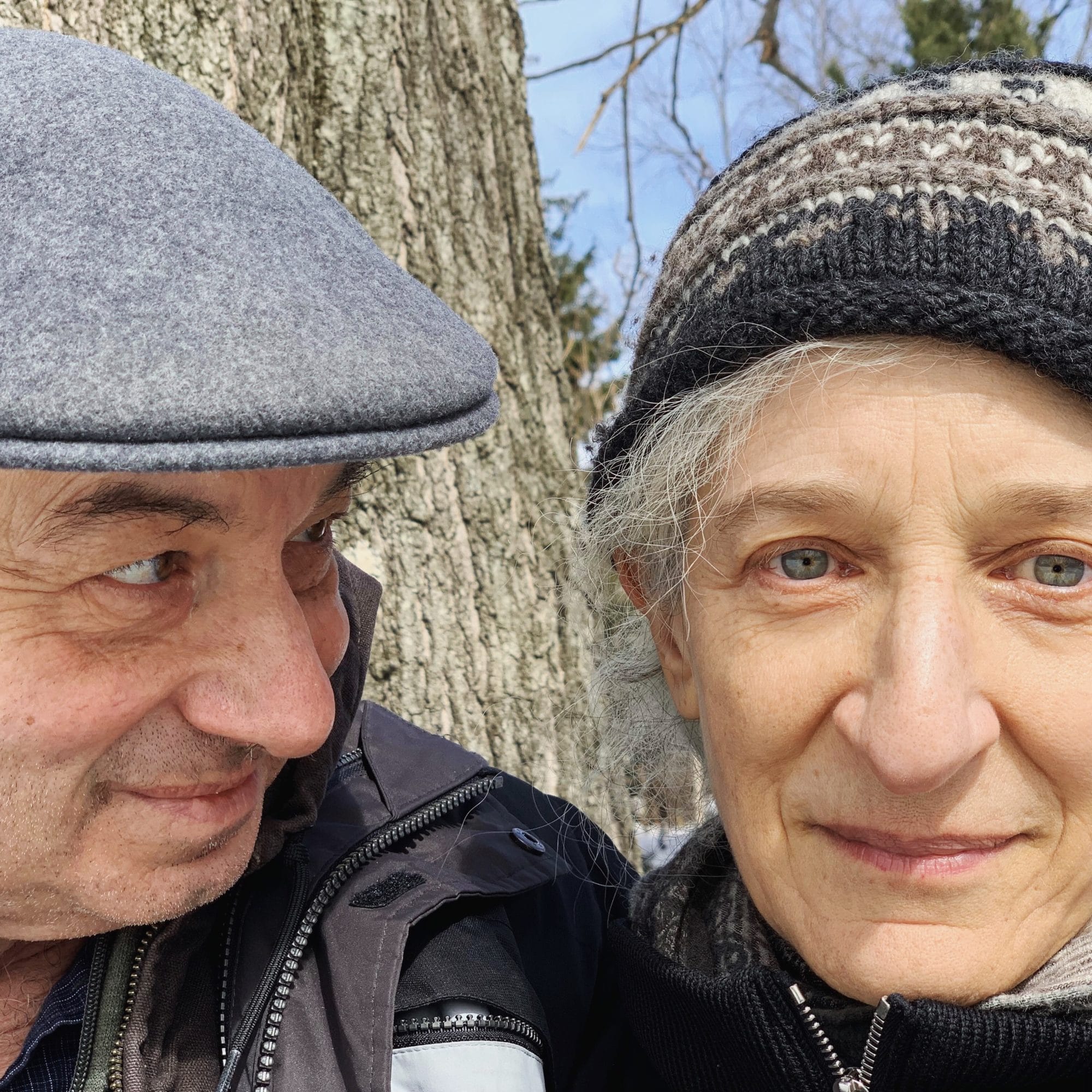 To jumpstart such a personal commitment to Hoboken, it’s clear that Holly and Bob share a connection with the city and a passion to share the stories of those who live here. Although only used to telling the stories of others, we asked that Holly and Bob take their turn in order to share their stories about how they came to fall in love with Hoboken.

“It was the slippers,” laughed Holly. She explained that after she first moved to Hoboken, she remembered seeing women on Washington Street out and about in their house slippers, which prompted an unexplainable sense of comfort in Holly as she thought to herself, “if people are capable of being just as comfortable in the street as they do in their home, this is a community to be a part of.”

For Bob the year was 1981. After graduating from college and seeking apartments to move from Williamsburg to Hoboken, he stumbled upon the city he would eventually put so much of his heart into. While exploring Hoboken for the first time {it’s a bit of a quirky story}, he popped into a bar on 14th street to buy a local paper. He saw a motley crew, distinctively remembering a bartender with one arm and patrons who seemed like regulars. He just knew this was a community where everyone was accepted for who they are.

“Growing up in the suburbs you need to search for a sense of community, whereas in Hoboken, you can’t hide from it. It’s everywhere you go and it’s in the people you meet. I love that.”

Hot off the press, the 35th chapbook was published just last month. “The Basic Goodness of People” is based on the recollections of long-time Hoboken resident, Rose Orozco. Rose is a former ER nurse who will share her stories centered around helping others in the community through Superstorm Sandy, 9/11, and her commitment to community projects all year round.

Have you read one of these amazing chapbooks? Let us know in the comments!