Hoboken is known for its historic charm, tree-lined streets, and a legacy of amazing, local businesses that keep the culture of the Mile Square City interesting and vibrant. One such business has been operating at 126 Washington Street in Hoboken for the past 100 years. Sparrow Wine & Liquor Co. is the premier wine, craft beer, and spirits merchant in Hudson County, providing excellent customer service and some of the most exciting wines and spirits from all corners of the globe. Keep reading to learn more about the history of the business and what the future looks like for Sparrow Wine Co. The Hoboken of the Roaring Twenties was a gritty, bustling place dominated by the economy of the waterfront, known for the rowdy merchant marines and dockworkers. Sparrow Cigar Company opened in 1922 and thrived as both a wholesaler and retailer, given that tobacco was a big business at the time. At the end of prohibition, the company was granted one of the first liquor licenses in Hoboken.

During World War II, tobacco was in limited supply which meant the line at Sparrow used to wrap back to City Hall as patrons waited to drop exact change ($1.21 for a 10-pack) through a slot into a cash box. Federal tax returns from this era show the company was doing at least $1.5M a year in business, which adjusted for inflation would be approximately $18M today. The Luis family emigrated to Union City from Cuba in 1970 and purchased the Sparrow store, along with the wholesale tobacco license, liquor license, and building in Hoboken in 1977 for just $125,000.

“In those days, Hoboken was mostly Hispanic and the store operated as a combination of cigar, candy, liquor and variety store, with a small cigarette wholesale department in the back that brought in most of the revenue,” Armando Luis, the current owner of Sparrow Wine & Liquor Co. told The Hoboken Girl. “My mother and father, along with my brother and I, ran the store. My first job was delivering wholesale cigarettes all over Hoboken and Hudson County. My mother and father retired in 1986 and I took over the store. It was a temporary arrangement that has lasted 37 years.” 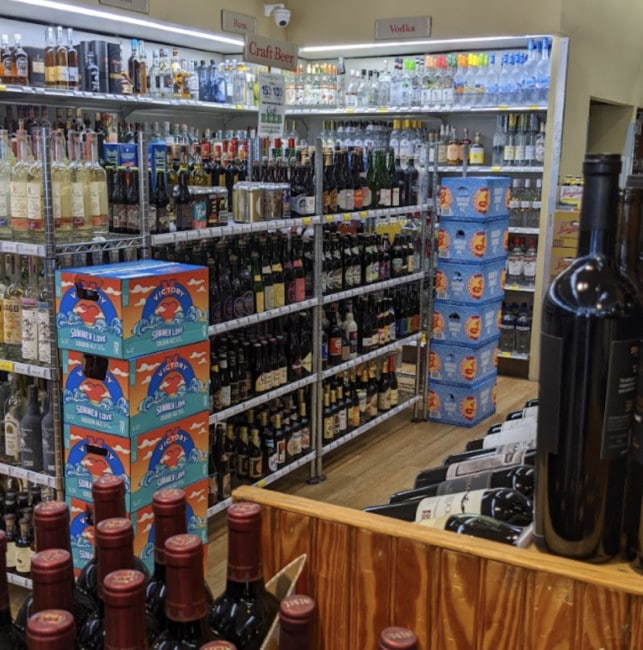 In the mid 1980s, the gentrification of Hoboken had begun and the decision was made to become a liquor store, with wine as a small but growing part of the business.

“In 1989, I decided to go all in on the wine business and undertook a major renovation of the store, transforming it into much of what it looks like today. The storefront in particular was a smashing success and set a new standard for Hoboken, becoming something of a landmark,” Armando said. “The store quickly became one of the leading fine wine shops in New Jersey and was regularly acclaimed as a leading retailer in national publications. We reached the pinnacle of recognition in 2019, when we were named one of six finalists for National Retailer of the Year by Market Watch, the leading national spirits trade magazine.”

The uptown store, located at 1224 Shipyard Lane, opened in 1999 after Armando was able to coordinate with Applied Companies to secure a spot in the then-newly redeveloped Shipyard buildings. It was a process that took seven years of planning and work behind the scenes.. Armando has lived above the store at 126 Washington Street in Hoboken since 1978.

“I’ve raised a family there and have witnessed the incredible transformation of Hoboken over that time from the front row,” Armando mentioned. “I don’t know what the future holds in these uncertain times, but there is more than one member of the next generation involved in the business and I suspect Sparrow will be around for many years — hopefully with a Luis in charge.” Delivery within Hoboken is $5 or FREE for purchases over $100. Deliveries in Jersey City require a minimum order of $50 for a $5 delivery fee, which is waived for purchases over $150. Delivery details for other areas, including outside Hudson County are available here. When accepting a delivery order you must have a valid I.D. in hand.