Dolly Sinatra: One of Hoboken’s Most Fearless Women’s Rights Activists

As Election Day is officially upon us, it’s important to recognize the local heroes who fought for the democracy that we know today. The women’s suffrage movement saw a lot of fearless trailblazers fighting for the right to vote — and one such activist with a recognizable name fought right here in Hoboken. Back in the day, Dolly Sinatra led the charge on a variety of progressive issues and even chained herself to Hoboken’s City Hall to support a woman’s right to vote — and yes, Dolly was Frank Sinatra’s mother. From fighting for reproductive rights, to hand-delivering votes before women were allowed to, to advocating for her husband’s career, she was a memorable political activist through and through. In honor of Election Day, we’ve covered what you need to know about the valiant Dolly Sinatra and her championing of various women’s issues in Hoboken.

The Head of the Household

Long before Frank Sinatra became a household name, his mother made headlines. When Frank was still in diapers, Dolly was not only influential in politics but also on the frontline of modern issues such as voting rights and contraceptive care. Though she stood less than 5 feet tall and weighed about 90 pounds, Dolly was a force to be reckoned with.

Read More: A Q+A With This Year’s Hoboken Board of Education Candidates

Dolly was from northern Italy, while her husband was from the south, and she leveraged her knowledge of Italian dialects and fluent English to translate for immigrants during court proceedings — especially in requests for citizenship. Soon, she caught the eye of local politicians who entrusted Dolly as a Democratic ward leader. At a time when women couldn’t even vote, Dolly reliably delivered hundreds of votes for Democratic candidates. What’s more, in 1919, she even chained herself to Hoboken’s City Hall to support Women’s suffrage, for which she and six others were arrested.

A Woman’s Right to Choose

She worked as a midwife, and often would not charge for necessary and clandestine abortions. Still, she acquired the nickname “Hatpin Dolly,” due to the unfortunate and graphic realities of contraceptive practices in the early 1900s. Her reputation as an abortion care provider actually led one Hoboken church to ban Frank from singing there.

Dolly’s connections also provided a living for the family. Anthony Martin Sinatra (Dolly’s Husband and Frank’s father) attempted to enter the world of professional boxing as a prize fighter. Anthony had two big problems. Firstly, due to racism, Italians were not welcome in boxing; therefore, Anthony went by the Irish moniker, “Marty O’Brien.” Secondly, Anthony was not a great fighter. After 30 professional fights, he’d badly broken his wrist.

Dolly helped her husband find work as a fireman. When she was told by the Hoboken Fire Department, “But, Dolly, we don’t have an opening,” she snapped, “Make an opening!” When Dolly demanded that her illiterate husband receive a promotion despite not being able to take the written tests, she received the call which she relayed to Anthony: “Congratulations, Captain Sinatra!”

See More: What to Know About the Candidates on the Montclair Ballot | 2022

During prohibition, Dolly’s connections allowed the Sinatras to operate a tavern called Marty O’Brien’s, located at 333 Jefferson Street, where her son, Frank, first cut his chops singing atop the bar. 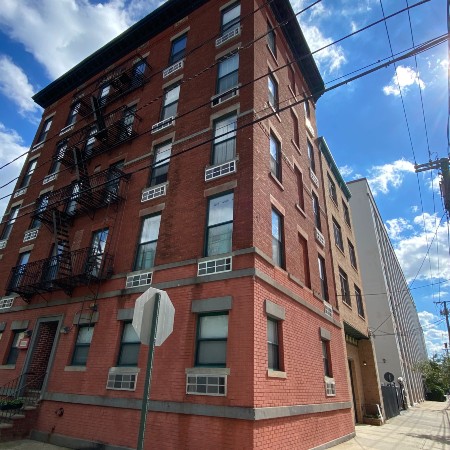 As an immigrant, Dolly fought for voting rights for women, reproductive rights, and her husband’s employment rights — all of which continue to dominate news cycles and ballots over 100 years later. When you enter the voting booth this November 8th, make sure to think of Dolly and all those who have fought to preserve our democratic process.