Diners are beloved for good vibes and extensive menus, chock full of eats. Regulars coming in for breakfast, lunch business meetings, early-bird dinners, and late-night snack stop – all in a day’s work at a diner. City Diner in Jersey City is no exception — the locale is well-known for its high-quality diner food, atmosphere, and 24-hour service.

Read on to learn more about the story behind City Diner, located at 31 Montgomery Street in Jersey City, what to expect on the extensive menu, and how the diner has been coping through COVID-19. Located in the heart of Downtown Jersey City, City Diner has been dishing out its fine diner fare since 2010. Formerly the Flamingo, the building was bought by the Giakoumatos brothers – Nick, 48, Lefty, 45, and Mike, 42 – in 2010.

“Me and my brothers have been in restaurants for 20 years,” said co-owner Mike Giakoumatos.

After a full renovation, the restaurant opened in December 2012, mere weeks after Hurricane Sandy devastated the state. “The target was to buy another diner with the property as part of the deal,” said Nick Giakoumatos.

The brothers loved the location but had a different vision for their soon-to-be downtown hotspot. City Diner wasn’t the Giakoumatos brothers’ first foray into the diner business. They also own a diner inside the Newark Airport, the Garden State Diner.

When they bought the diner, it wasn’t getting nearly the amount of people they should for such a bustling area. Nick Giakoumatos saw an opportunity.

“There was nobody from the offices upstairs that would come down to have lunch there,” said Nick Giakoumatos. “We saw that there was a void, and I knew that if we put out a great product and we get it to people fresh and hot, you can’t go wrong by doing the right thing.” 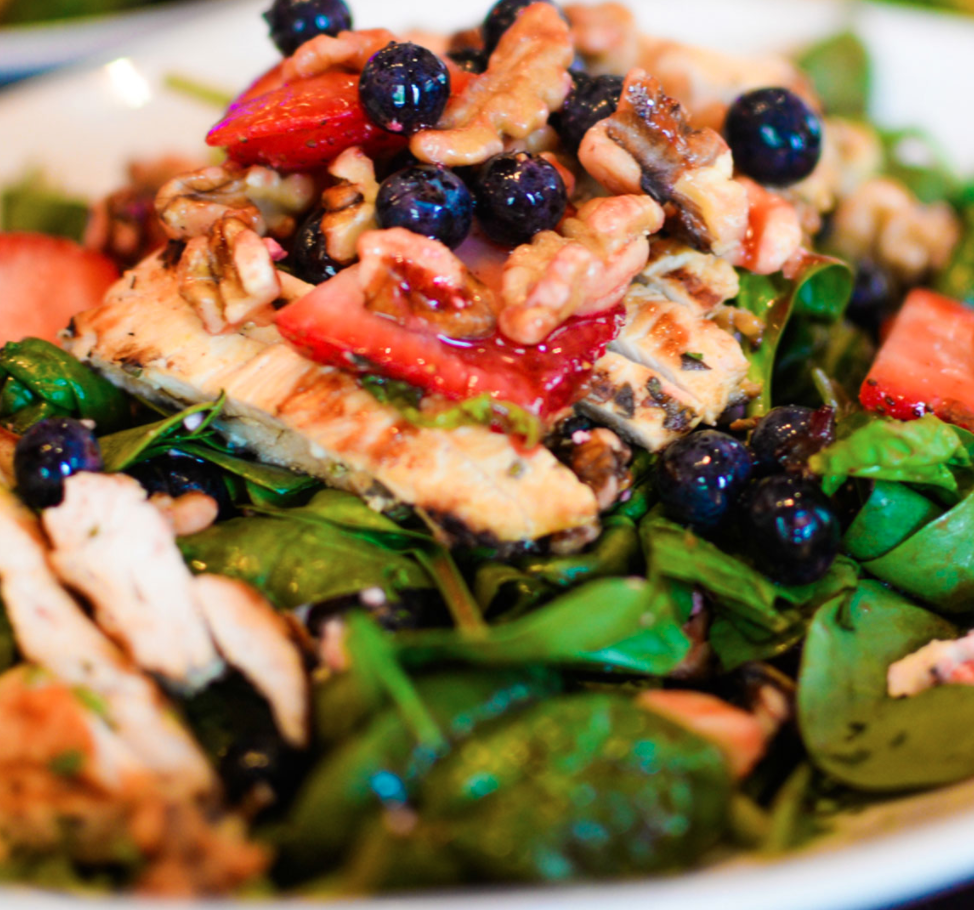 Comfort is the name of the game for City Diner. Every menu item is carefully crafted to soothe the soul and breakfast all-day is a big part of that. City Diner serves up American cuisine for breakfast, lunch, diner, brunch as well as vegetarian options. Some of the popular breakfast items are the homemade corned beef hash and eggs, the bagel and lox board, and the chicken and waffle platter. For lunch, start your meal off with jumbo wings, Jersey disco fries, a salmon salad, or Mikey’s meatballs and work your way to must-try dishes like buffalo chicken brioche sandwich, Jersey boy burger, or the blackened chicken avocado wrap. For dinner, patrons enjoy the chicken Francese, BBQ baby back ribs, chimichurri steak, sauteed shrimp and scallops, and the pasta carbonara. Whatever you do, don’t forget to order dessert! From a giant brownie to limoncello to a banana split waffle, there’s something for everyone. “We’re a little hotspot in Downtown Jersey City where you can go get comfort food and the best craft beer in Jersey City.”

In addition to the delicious food and craft beer, City Diner recently made some changes and added a cocktail bar. “We have a great cocktail bar,” said Nick Giakoumatos. “we’ve got great cocktails that we just relaunched now.” There are even dessert cocktails available like a hot toddy, a Grand Marnier hot chocolate, and an espresso martini. Fortunately for City Diner, its takeout and delivery program had been established long before COVID-19, so when they had to close up indoor dining, they were able to continue churning out business with minimal layoffs.

“The pandemic has definitely taken a toll on each of us, let alone the store itself,” said Mike Giakoumatos. “But we maintained operation, we maintained business.”

Just prior to the pandemic shutdown, City Diner shut down for six days for a full gut renovation, and it reopened just in time for the shutdown. “It was a 24-hour restaurant and we were busy,” said Nick Giakoumatos, “so it [the kitchen] took a beatdown.

“In essence, we were there for 10 years, but in reality, the workout that the equipment in the kitchen got was 20 years. You can’t really turn anything off, that’s the thing.” When City Diner reopened in early March, the locale was packed every day. Unfortunately, the upturn and renovation reveal celebration was cut short when New Jersey shut down in mid-March. “The COVID-19 thing puts a big damper on a lot of stuff because we used to be 24-hours prior,” said Nick Giakoumatos, “now we’re not. We have to see how that goes as we recover, as everything comes back.”

Fortunately, City Diner’s encyclopedic menu of culinary comforts is available online for takeout. While it may be a bit longer before City Diner can be restored to its former busy glory, it’s not going anywhere. “We’re still doing pickup or delivery whenever you like it,” said Nick Giakoumatos.