It might seem like a distant memory, but live music and performances are not a dream and are coming back to the Hoboken and Jersey City stages. Restaurants and local watering holes are starting to schedule special events including open mic and performance nights. If you love singing, performing stand-up comedy, or just enjoying the show, keep reading for a list of Hoboken and Jersey City spots with open mic nights and fun karaoke. 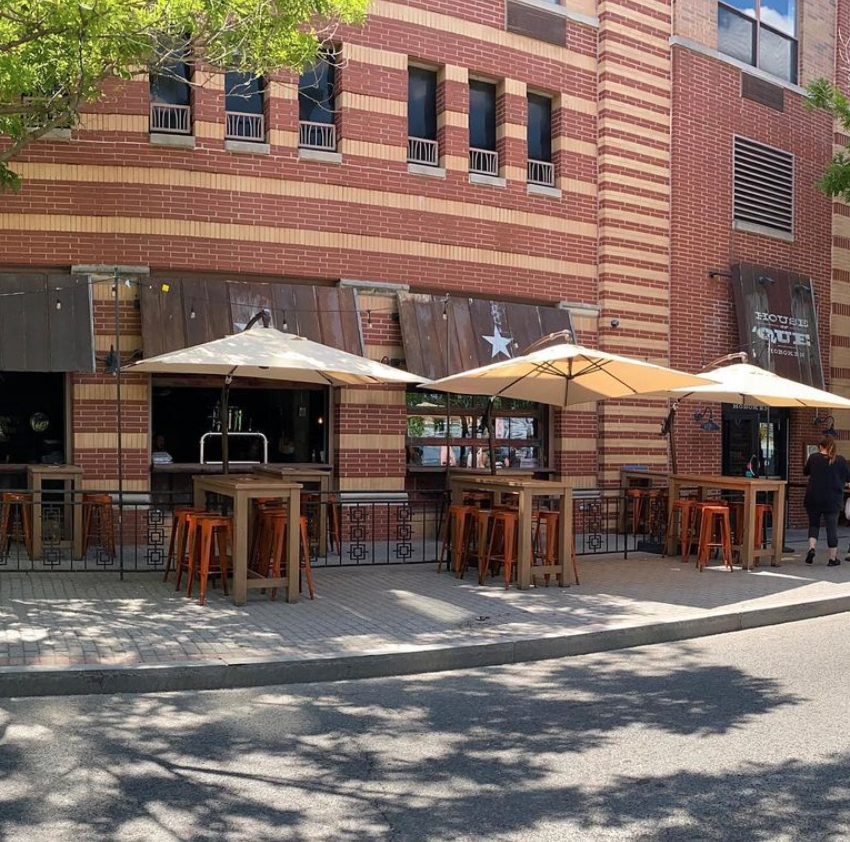 House of ‘Que isn’t just known for its saucy barbeque. It’s also a fun hotspot to perform karaoke on Wednesday nights. While this might technically be karaoke, we hear some very skilled people will pop in and perform.

You might think Mulligan’s Pub is just a favorite for watching sports or partaking in dart and billiard leagues, but they like to laugh too. Head over on a Tuesday or Thursday and you might catch a comedy night. Tommy Parisi, the owner of Brightside Tavern, is known to take the stage on occasion at one of these special music nights. This local favorite has many nights for all types of performers. If you are a fan of jazz music, bring your instrument (or just yourself) and head over for a jazz jam session. Musicians and singers alike will take the stage together and perform. On Tuesday nights, there is open mic and karaoke. If you don’t want to use the bar’s piano for your performance, feel free to sing to a karaoke song with the room’s ten-foot-tall screen. Wednesdays are R&B with Reggie and Steve, followed by more open mic opportunities. Rounding out the week of events is a comedy night every other Thursday. The moral of the story is that there is something for everyone here.

Read More: Best Spots for a Night of Dancing in Hoboken + Jersey City Grove Square is in such an easily accessible location, being just steps away from the Grove Street Path Station. Travelers near and far can look forward to heading here this summer when the bar starts up open mic nights. The event will be in the basement which has a cozy vibe and bright stage to sing your heart out, or comedy if that’s more your style. Pre-Covid, the open mic nights included a full band to perform with, so check back for more details. McGinley Square Pub has comedy open mic nights on Mondays, Wednesdays, and Thursdays each week. Make sure to get there at 7PM to get your name on the list. If you don’t want to stop by for a laugh and would rather sing yourself, they also have Karaoke on Sundays starting at 9PM.

See More: A Guide to Sports Bars in Jersey City The vibes are always fun at this lounge and rooftop, which makes it the perfect spot for performing. Stop by Six 26 on Wednesday nights for karaoke night. In case you needed any other reason to go, there are specials including $6 happy hour apps, $6 mixed well drinks, and $4 well shooters from 8PM to close on Wednesdays too. The Hutton has partnered with the Division of Commerce to bring some outdoor entertainment for patrons to enjoy. The patio area has partitioned seating around a large tree that makes you feel like you aren’t in the city. Check back for updates on when you can plan to perform or enjoy those who take the stage.