No matter how long you’ve lived in the area, exploring new parts of Hudson County is always fun. Think about it: when’s the last time you’ve just wandered around in an unfamiliar neighborhood in the area? To help you with this task, we’ve created a series dedicated to Jersey City neighborhood exploration — since there is so much to see, eat, and do. Of course in doing a series on neighborhoods in JC, Paulus Hook comes to mind. Located in the southwest corner of Jersey City and bounded by Montgomery, Hudson, Dudley, and the Van Vorst Streets, Paulus Hook is a playground of activity and endless adventure that everyone should take time to explore. Here’s a closer look at the Paulus Hook neighborhood of Jersey City and a few of our favorite spots within {perfect for a little weekend adventure}. 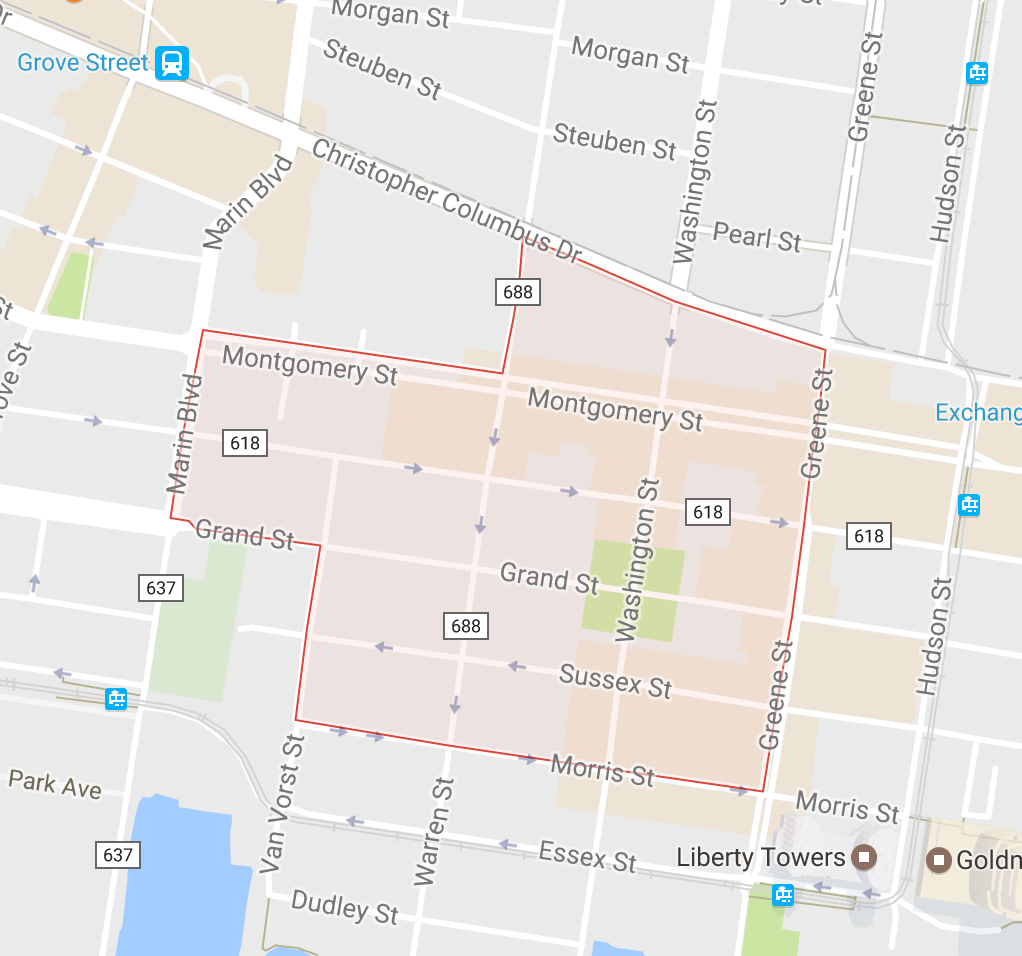 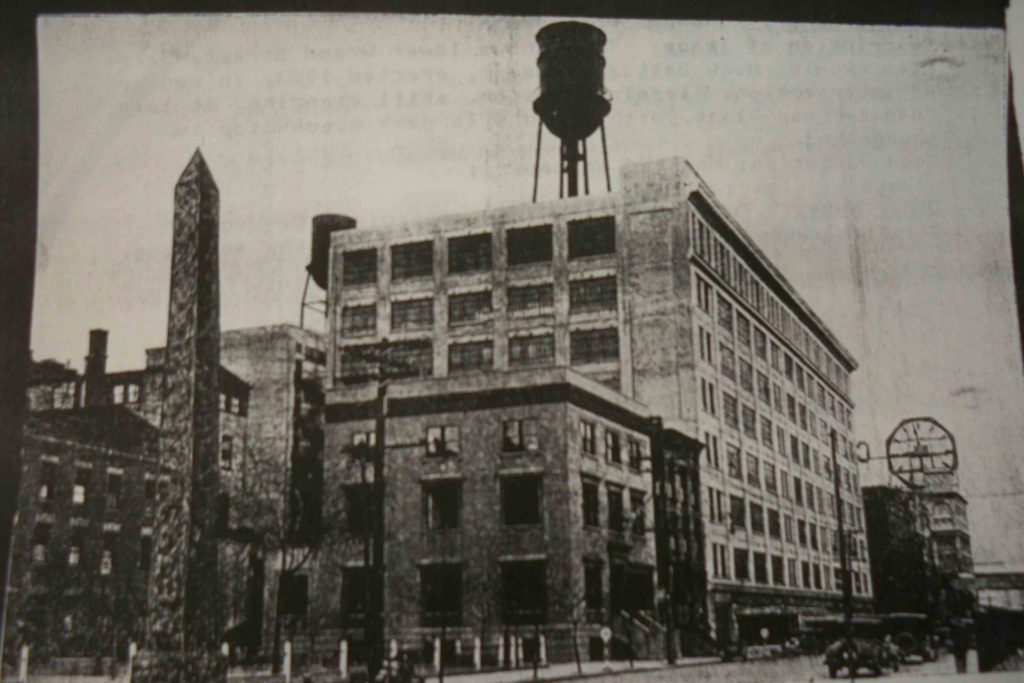 Now that you know where Paulus Hook is — we’re going back in time. The tiny section of JC called Paulus Hook was originally settled in 1633 by the Dutch West India Company, who later elected Michael Paulusen (i.e. Paulaz), as the leader of the region. Paulusen operated a ferry boat and traded with the Lenepe people in the area, and is responsible for its name {Paulus Hook comes from the anglicization of Paulusen’s last name, with the “hook” designation describing the small island area seen at high tide in the early 1600s}. Through the late 1700s, Paulus Hook continued to thrive off a busy ferry service that spanned the mile journey along the water to New York City, while the Battle of Paulus Hook took place in 1779, and marked an advantageous battle for the United States during the Revolutionary War. During the late 1800s, an influx of immigrants moved to the area, which would later provide the fabric of the cultural diversity still present in JC today.

Like most areas in Jersey City, Paulus Hook has a variety of great restaurants and coffee shops {for all your caffeine needs}. Whether you’re looking for a great matcha latte or tapas restaurant, Paulus Hook has something hidden on nearly every corner. If you like your dinner with a side of history, you must drop by the Light Horse Tavern. Named after Henry Lee III, aka “Light Horse Harry” and the leading defender of Paulus Hook against the British troops during the Revolutionary War, this establishment dates back to the 1850s. With rustic charm that speaks to its history, this tavern serves up outstanding food and drink seven days a week, including brunch on the weekends. Don’t miss out on their weekly dinner specials and fancy tavern fare the next time you’re in the Paulus Hook section of JC. Though we’ve reviewed this gem of a cafe in the past, it’s absolutely worth mentioning again. Sam A.M. Cafe is not just your run-of-the-mill coffee shop around the corner. At this local coffee shop and cafe, you’ll feel like you’ve met some new friends with how friendly the staff is; they have an enthusiasm for the JC community and neighborhood that is unparalleled. As far as food, Sam A.M. keeps it simple, using quality seasonal ingredients, focusing on flavor, and creating delicious #eeeeeats in the process. {HG Insider Tip: Try the winter salad with dates, winter greens, pumpkin seeds, and chicken — it’s amaze.} And if the food alone doesn’t entice you, there’s always strong WiFi AND you can bring a bottle of champagne with you for a freshly-squeezed mimosa-filled boozy brunch. A brand new addition to JC this November, Vogue Cafe is a lovely little taste of Paris in the heart of Paulus Hook. The cafe, which serves all your favorite coffee drinks {hello, Nutella Macchiato!}, sandwiches, baked goods, and cakes, is run by a lovely couple from France. Though the inside of the cafe isn’t all glitz and glam, the food and drinks are extremely tasty and make you feel like you’re in a tiny Parisian bistro. The quiche is a savory treat worth trying, and a classic croissant is always a go-to, like the Parisians do, of course. Major bonus: if you’ve always wanted to work on your French, don’t be shy and order en Français! If you’re looking for a classy night out on the town with your favorite foodie friends in Paulus Hook, Satis is the place to go. Owned and operated by Michael Garcia and Geza Gulas since it opened in 2010, Satis serves anything from luscious cheese and charcuterie to small plates full of fabulous veggies to homemade gnocchi to melt-in-your mouth hanger steak! Food at this Salumeria and Euro-style cafe has won several awards and is something to write home about {if you don’t believe us, read this}. HG Tip: Try the housemade Ricotta Gnocchi. Oh. My. Gawd. What could be a better way to top off an adventurous day in Paulus Hook than by eating some good old PIZZA? Since 2008, John’s Pizzeria in JC (the original location is still going strong in Times Square NYC), has served any food your marinara-loving-heart desires. At John’s, the pizzas are hand crafted by men and women who have gone through years of training to use the 800-degree coal-fired ovens, cooking each pie to perfection. If pizzas aren’t your thing, you’re in luck: John’s serves pretty much any Italian food you can dream up, and it’s tasty to boot. If by chance you’re feeling too tired to head to the brick and mortar location in JC, that’s just fine — you can order it on delivery.com any time you want! Read more about a recent HG visit to John’s here. Ahhh, where to start? Known for its mouth-watering burgers and other delicious eats, White Star Bar’s second location in Jersey City might seem excessive — but totally crucial. If unsure of what to order, go for WSB’s namesakes: The White Star Pizza {above} — goat cheese, mozzarella, fresh herbs, tomato, and olive oil or the White Star Burger {but truth be told, the Salmon Burger is where it’s at}. Kanibal & Co, a frequent feature on HG for all things sparkly and fun, is a lifestyle, home goods, and clothing store nestled right on the cusp of the Paulus Hook region. A tenant in the Charles and Co. building makes them neighbors with some of our other favorite stores in JC (i.e. Another Man’s Treasure). This beautifully laid out store features cool apparel and accessories by JC-based companies and designers, as well as sells estate jewelry and holds fun classes for anyone who’s interested in signing up {most recently, a DIY soy candle workshop}. This tiny pet store is the purrrrfect place to bring your fuzzy friends for new toys, gourmet treats, or fashionable sweaters for this winter season! Established in 2011, the Canine Canteen has been a pet-friendly spot, bringing JC pet lovers together with the mission of pampering each and every deserving pooch and furry feline. Passing by, you’ll find at least 3 or 4 dogs around the store (obviously) resting on comfy dog beds during the day. If your pet loves to get out and about with you, bring him/her to Canine Canteen for all the bones, tuggy toys, and squeaky animals — dogs allowed, obviously.

You can’t leave Paulus Hook without seeing some of the iconic sights in the area. Don’t forget to take a few moments to walk down by the waterfront — the view is spectacular, and the area is directly across from the Freedom Tower in Lower Manhattan. While you’re grabbing a bite to eat or doing a bit of shopping, notice the mixture of old and new housing in the area. Paulus Hook is full of beautiful brownstones amongst towering condos {which has been known to be a point of contention, old v. new buildings and keeping the “charm” of the old neighborhood}. Last but not least, however, don’t forget to visit the 94 year-old Colgate Clock, which is the last standing remnant of the factory that was once located in JC. Even to this day, the clock is one of the world’s largest timepieces.

So now that you’ve got the lowdown on the neighborhood, what are you waiting for? Get out there and start your day of wandering. Make sure to email us (hello@hobokengirl.com) for other neighborhoods you’d like covered {and let us know where you end up in Paulus Hook}! Happy wandering. xo

Carianne is a loud-and-proud Jersey Girl. She moved to Hoboken in 2012, and what began as a stopover in this tiny urban town has turned into 4 years of exciting adventures. She works in NYC during the week, but during those free hours of the day you’ll find her seeking out a new fitness class, trying a challenging ( and clean-eating) recipe, or running around Hoboken and JC in search of new experiences. However, Carianne’s favorite activity is snuggling her fluffy Shih-Tzu companion, Fig Newton, at home with her husband.