Ahhhh…awards show season, that magical time of year when you realize you’ve seen basically zero movies worthy of critical acclaim in the last 12 months and are now desperately trying to play catch-up so you can confidently fill out your office Oscar pool!

Now that the Academy Award nominations have officially been released, it’s time to hunt down the year’s most talked about films and get watching. This year, Hollywood darling La La Land reigns, officially tying Titanic and All About Eve for most Oscar noms ever {14!}. Meryl Streep earned her record-breaking 20th nod, Amy Adams looks to be the new ‘Will they ever win?!’ candidate a la Leo DiCaprio after a surprising snub for her role in Arrival, and a super diverse ‘Best Picture’ category is a pleasant contrast from last years #OscarsSoWhite controversy. And just so you can catch up before it all goes down February 26, 2017, we’re breaking down the best ways to watch the ‘Best Picture’ nominations, as well as a few under-the-radar flicks free to watch with your Amazon Prime, Hulu, Netflix and HBO Go accounts. Just think how impressed your friends will be when you can comment on ‘Best Documentary’ or ‘Best Sound Mixing’ noms at your Oscar party!

While the ‘Best Picture’ race is looking like a showdown between the fantastical La La Land and groundbreaking Moonlight, the seven other flicks vying for the Academy’s top award are still totally worth checking out (after all, don’t we all live for upsets?!). Here are the spots to watch movies nominated for ‘Best Picture’ in the area {which includes but isn’t limited to your couch}: The small but oh-so-convenient Bowtie Cinemas on 14th Street is currently screening Ryan Gosling and Emma Stone’s singing, dancing, ode to Hollywood La La Land and Casey Affleck’s Manchester By the Sea, so they’re easy to catch without leaving the Mile Square. 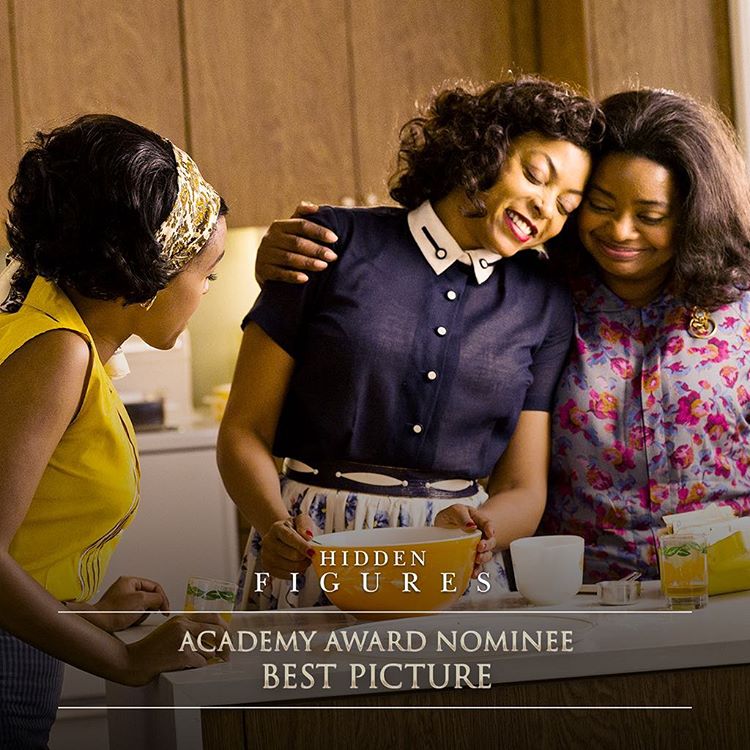 Jersey City’s AMC Newport Centre will bring you the inspirational civil rights-era biographical flick Hidden Figures, which is the incredible untold story of Katherine G. Johnson, Dorothy Vaughan, and Mary Jackson – brilliant African-American women working at NASA. These impressive ladies served as the brains behind one of the greatest operations in history: the launch of astronaut John Glenn into orbit.

You may remember this dinner + movie situation that we wrote about here, and lucky for you, you’ll also be able to watch Hidden Figures and La La Land at this new spot in Fort Lee. The final four films are sprinkled throughout NYC theaters big and small, but for sci-fi thriller Arrival, we recommend City Cinemas {181- 189 2nd Ave} — it’s close to the Path, has a cool, old independent theater vibe, and is in the heart of the East Village so there’s plenty of spots to grab a post-movie drink or snack. Coming-of-age drama Moonlight can also be viewed at this indie theater. Fences can be found at the Regal Union Square Cinema at 850 Broadway, but if you want a more unique experience, check it out at the opulent, turn-of-the-century BAM Howard Gilman Opera House at 30 Lafayette Drive in Brooklyn.

*Not* in Theaters Yet The only ‘Best Picture’ nomination that you can’t go see today is WWII drama Hacksaw Ridge, but keep an eye out if it’s on your must-watch list — theaters tend to pick up and screen highly touted movies after the nominations are released.

Free to Stream Now {Through Amazon, Hulu, Netflix, Etc.}
Forget Netflix and chill, you’re going to want to actually pay attention to these movies — available to stream for free through your Amazon, Hulu, Netflix or HBO Go accounts! And keep an eye out, more are likely to pop up in the coming weeks as their Oscar-nominated status rises:

That’s a lot of popcorn. Which movie are you most excited to watch!?