We know you’re busy — which is why we cover the local news to bring you a weekly roundup of everything you might have missed in Hoboken + Jersey City. Catch up on all there is to know, including the following headlines: Choc o Pain’s 5th location officially opens in Journal Square; Hackensack River Walkway to receive $1M; Jersey City’s Via receives award; and so much more. Keep reading for all the news you missed this week in Hoboken, Jersey City, + beyond. Last week, construction began on the major renovations planned at Troy Towers, a 22-story residential co-op building at 380 Mountain Road in Union City. This is the beginning of a complete upgrade and reimagining of the property, which was built in 1966. The apartment has views overlooking the Lincoln Harbor Marina, the Hudson River, Hoboken, and New York City. Earlier this week, the FBI alerted New Jersey residents of a broad threat against synagogues across the state. As of Friday, November 4th, a suspect was identified and no longer poses a threat, according to New York Post. However, authorities are encouraging residents to remain vigilant and to report any suspicious activity immediately. On November 2nd, the Hoboken Business Alliance (HBA) announced that residents and business owners would now be able to provide input in a survey to decide whether or not to bring back the formerly annual St. Patrick’s Day Parade in Hoboken. This parade used to march down Washington Street to celebrate Irish culture + tradition locally — that is, until the parade stopped in 2011 and was replaced with a privately-organized bar crawl called LepreCon. The return of the parade would mean formally attempting to end the LeperCon bar crawl. Click here for what we know. According to NJ.com, food pantries had until Friday, November 4th to begin following New Jersey’s ban on single-use plastic bags and Styrofoam-like products. Due to the high cost of reusable bags and Styrofoam alternatives, those who serve the state’s most vulnerable residents like food pantries + soup kitchens may be given an extension on this deadline. The plan in the works, according to state Assemblyman John McKeon, is for lawmakers to be able to “work through something in the interim” — like creating legislation or an executive order from the governor.

Jersey City Ranked 5th in US for Having The Best Sandwiches In a study conducted by Apartmentguide, Jersey City ranked fifth on the list of best cities for sandwich lovers in the US. The study considered 700 cities and towns with a population over 50,000 people and looked at the number of sandwich shops as well as the quality of the sandwiches served. In the end, 50 cities made the list — and we’re thrilled to see Jersey City getting recognition for its awesome sandwiches, especially on National Sandwich Day. Click here to read more. 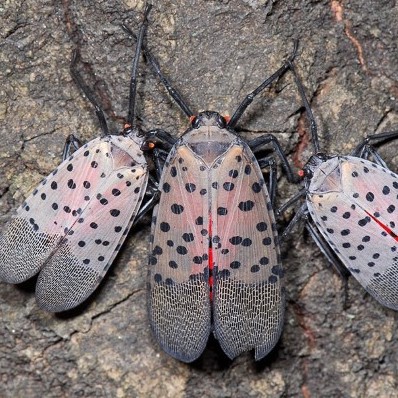 The Hoboken City Council unanimously agreed to adopt an ordinance that will work to control lanternflies. According to Hudson Reporter, measures include prohibiting the sale of plants that could harbor the insect and cutting down Ailanthus trees on a case-by-case basis. On Thursday, November 3rd, a 23-year-old Jersey City man was arrested by the Hudson County Prosecutor’s Office Special Victims Unit and charged with second-degree sexual assault. According to Patch, Kenny Arceda met the 20-year old victim in a Hoboken bar. The incident occurred on Thursday, August 4th in the vestibule area of a building on the 100 block of Washington Street in Hoboken. The Hudson County government continues to move forward with its ambitious plan to create a continuous walkway along the eastern bank of the Hackensack River, per NJ.com. This week, the county announced it was applying to the state’s 2023 Transportation Alternative Set-Aside Grant Program (TAP) for $1 million to build a linear riverwalk similar to the Hudson River Walkway. To protect bike lanes, Jersey City has banned parking on certain sections of Marin Boulevard and Newark Avenue, according to Hudson Reporter. Marin Boulevard west of 18th Street to Hoboken border will be closed to parking under two new ordinances, and Newark Avenue between Chestnut Avenue and Brunswick Street, which connects Journal Square to downtown, will be closed to parking on both sides. Beginning on Monday, November 7th, the City of Hoboken and Hudson County will begin roadway improvements and upgrades to continue with the Complete Streets and Resurfacing Program and Vision Zero. The streets affected this week will span from 8th Street to 13th Street between Madison and Hudson Streets.

Evolve Med Spa is moving to a new location in uptown Hoboken at 1025 Maxwell Lane, the former location of Amazing Lash. The studio space is aiming to open mid-November. New services will include laser hair removal, IPL, CoolSculpting Elite, and microneedling.

A storefront window was smashed this week at Willow Pharmacy, located at 900 Willow Avenue in Hoboken. The Instagram post reads, “We will like to thank the HPD for their quick response. We have the finest police officers in the state — courteous and professional! Thanks to Hoboken Glass for their quick attention!”

Jersey City is Getting Another Vietnamese Restaurant Just two years into its service, Jersey City’s rideshare program Via has been named the 2022 Outstanding Program of the Year by the Intelligent Transportation Society of New Jersey. According to Tap Into, the designation is based on the program’s social and economic sustainability, originality of innovation, and future value. On Tuesday, November 1st, a cyclist was injured and hospitalized following an accident with a vehicle on Garfield Street in Jersey City. According to NJ.com, the individual, a man from Fayetteville, North Carolina, was headed the wrong way down a one-way street when he was thrown into the car’s windshield. Around 1:30AM on Tuesday, November 1st, a man was stabbed in the abdomen while defending pizzeria employees from an abusive customer who was later arrested, per NJ.com. Stella’s is located near Jersey City City Hall on Grove Street. The 25-year-old victim was rushed to the hospital and is now in stable condition. The West New York Board of Education President, Adam Parkinson, was recently named the 2022-2023 New Jersey School Board Member of the Year. According to NJ.com, he started with the Board when he was just 18 years old and was elected to be president in 2016.

Beloved local French bakery + cafe Choc O Pain has officially expanded to its 5th location. The shop announced via press release on October 17th that it would soon be opening in Journal Square at 244 St. Pauls Avenue in Jersey City, about a 10-minute walk from the Journal Square PATH. The new cafe, which currently has two locations in Hoboken and two in Jersey City, is located within the ground floor lobby of the new Le Léo rental residence — and it is now open for business. Click here for everything there is to know about the new location.

A new exhibit at the New Jersey City University’s on-campus galleries will highlight the impact the Pennsylvania Railroad Harsimus Branch has had on Jersey City. According to NJ.com, works of art from 27 different artists include prints, paintings, sculptures, and more. The exhibit is open now through Friday, December 16th. On Wednesday, November 2nd, a state appellate panel approved a designation for a downtown site to be condemned and in need of redevelopment. According to NJ.com, approximately 75% of the designated area shows signs of dilapidation. Our Lady of Czestochowa to Host Casino Night On Friday, November 11th, Our Lady of Czestochowa is hosting a Casino Night fundraiser from 7PM to 11PM, per NJ.com. Tickets are $100 and include hors d’ oeuvres, wine, beer, and $500 worth of chips. “Ace and Jack” will provide casino favorites like poker, blackjack, and roulette.

Early In-Person Voting is Down in Hudson County Early in-person voting is down in Hudson County compared to last year, according to NJ.com. As of Thursday, November, 3rd, only 5,427 people had cast their ballot at early voting locations throughout the county. At this time in 2021, slightly more than 7,000 people had participated in early in-person voting with a final total of 14,366 early voters. You can learn more about how to vote early and find other important Election Day information here.

Hudson County restaurant Café Alyce is highlighting the history and cultural diversity of Jersey City with a brand new dining menu with a focus on locally-inspired cuisine. According to Jersey Digs, the restaurant opened last year following a renovation to the former Medical Center Luncheonette at 641 Montgomery Street. A GoFundMe has been started to support Josie Miguel, a longtime teacher at Elysian Charter School in Hoboken, after her husband unexpectedly passed away. Carlos was a devoted husband and loving father to five children. The family has requested privacy at this time. Funds will go towards the funeral, burial costs, and future expenses.