A week of life in Hoboken + Jersey City means there is plenty of news to catch up on. Among the local headlines: a new Italian restaurant called Chickie’s has officially opened in Hamilton Park; the West New York Policemen’s Benevolent Association raised $10K for the American Cancer Society; up to 25 members of the public will be permitted to attend Hoboken City Council meetings when they resume in person next month; and so much more. Keep reading for all the news you missed this week in Hoboken, Jersey City, + beyond. The wait is finally over: we have the winners for the Best of Hoboken and Jersey City 2021! After weeks of voting and local businesses working hard for your support, we have finally closed the polls and have tallied the votes to see who has won the title, and of course the bragging rights, of being the “best” in town. Click here for the full list. Main Street Pops and the Hoboken Business Alliance have teamed up to host a holiday shopping showcase at Lackawanna Terminal this weekend for locals to continue their holiday shopping – while supporting small. The pop-up event will conclude ‘Holiday on the Hudson,’ a month-long celebration of Hoboken’s winter happenings. Click here for all the details. 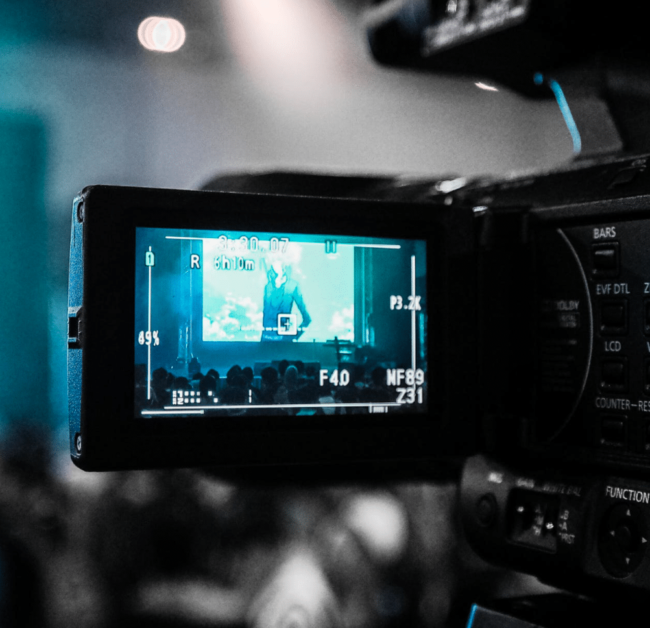 Local filmmakers competed in the Monmouth Film Festival this week, with voting ending at midnight on Saturday, December 19th. Tony Parente, a producer and co-founder at the creative agency, Branding Shorts, described the short film he produced as a “story of how Hoboken, the fourth most densely populated city in the country…overcame the incredible challenge and was called a ‘model’ for the rest of the country.” The film called ‘A mile in The Eye’ was made entirely during lockdown. You can view all competing films at Monmouth Film Festival. On Thursday, December 16th, an executive order was signed that required all bars to require proof of vaccination. This update came just ahead of the festive annual Santacon bar crawl in Hoboken which took place on Saturday, December 18th. A Nixle alert went out from the City of Hoboken detailing the specifics. Click here for the full story. The average price of residential land grew by 6.8% in 2020, faster than other types of land, and is expected to maintain that growth in 2021 – according to Lawn Love. The site’s ranking of 2022’s ‘Most Expensive Counties to Buy Residential Land’ compared the average price and estimated property tax on an acre of a single-family parcel in 300 of the biggest U.S. counties. Locals may or may not be surprised that Hudson County not only landed on the list but ranked overall in third place. Click here for a look at the numbers. Mayor Bhalla and the City of Hoboken announced a search for a qualified consultant to engage in an “open public process” for the design of the City’s fourth resiliency park which will be located at 800 Monroe Street. Click here for what we know. The Hoboken Board of Education met on Tuesday, December 14th in the auditorium of the Demarest School to kick off the first of five meetings to discuss the Hoboken Public School District’s proposed new high school. The agenda for this week’s meeting can be found here.

The remaining four public meetings will be held at the Hoboken High School Auditorium at 800 Clinton Street at 7PM on Tuesday, December 21st, Thursday, January 6th, and Monday, January 17th. A virtual meeting will also be held on January 13th at 7PM and login information will be announced by the district at a later date. Click here for more information. The Baby GAP clothing store, located at 222 Washington Street in Hoboken will be closing its doors for good. The store will officially close sometime in January, according to staff. Solid waste fees will now be charged at a flat rate, according to Hudson Reporter. The change came as a response to criticism of the previous fee rates, which were tied to water usage. The new system will charge $12.50 a month per unit.

The City of Hoboken mourns the loss of Police Det. Mario Novo, who passed away suddenly, per Hudson County View. The Policemen’s Benevolent Association described Novo as a “husband, father, friend, and incredible human being. His funeral service was held at the Holy Family Church on Thursday, December 16th.

“Medicare for All” Resolution Added at Jersey City Council Meeting The Jersey City Council added a non-binding resolution supporting the Medicare for All Act during a caucus meeting on Monday, December 13th, reported Hudson County View. Ward E Councilman James Solomon expressed the importance of supporting Medicare for All, stating it would provide “accessible, affordable healthcare and [remove] people from the ravages of the private market.” Other cities in Hudson, Essex, Morris, and Mercer Counties have passed similar resolutions this month. The Hudson County Sierra Club is taking a stance against Jersey City’s Morris Canal Manor project, according to Hudson County View. The group’s executive committee voted unanimously last week against the 17-story development project, which they call a “matter of environmental justice.” The area was previously polluted with chromium, and the Sierra Club says “it’s time to benefit the local community” by keeping it earmarked to be an open space in the neighborhood. Dickinson High School faced two violence scares last week, reported NJ.com. Police are investigating multiple threats from a student sent over a text message stating they would “kill all of you and your Egyptian friends” and “shoot the school.” The school’s principal sent a message to all parents, and asked students to not bring backpacks to school. Attendance dropped to 69% on Monday, December 13th, and security remained high the day after. The North Bergen township is seeking to modernize the park and ball fields at 46th Street Park, per Hudson Reporter. The Board of Commissioners approved the resolution to apply for a grant from the Hudson County Open Space Trust Fund. Once the township secures plans for the renovation, they can make renderings of the updated space. The West New York Policemen’s Benevolent Association and Police Superiors Association presented a $10,000 check to the American Cancer Society in front of Town Hall this week, reported Hudson County View. WNYP has been fundraising for the ACS since 2013 as part of its various charitable initiatives during the holiday season. WNYP next plans to bring Santa Claus to town on Thursday, December 23rd.

Mayor Steven Fulop announced the opening of the new skatepark in Enos Jones Park on Instagram last week. He posted a video from the ribbon cutting and shared, “This skatepark is focused more on beginner/intermediate skateboarders as opposed to Berry Lane which is much more advanced. We have seen tremendous success at our first location so it made sense to continue to expand.” The skate park is now open to the public. Veterans previously discharged in less than honorable circumstances now have an opportunity to clear their records and receive needed benefits, according to Tap Into. A new partnership between the New Jersey Reentry Corporation and the National Veterans Legal Services Program will lift the previous restrictions on veterans who need disability benefits and legal assistance. Some of these veterans may have been improperly diagnosed for various mental health challenges, resulting in their dishonorable discharge.

A new Italian restaurant called Chickie’s has officially opened in GP’s former location in Hamilton Park as of December 13th. Located at 236 Pavonia Avenue in Jersey City, Chickie’s has been in the works since January 2020. Hoboken Girl has the details of what residents can expect from this brand new neighborhood eatery. Click here to read more about Chickie’s in Jersey City. New Jersey will participate in a pilot program with the U.S. Department of Labor to improve the federal unemployment system after the COVID-19 pandemic, according to NJ.com. The State Labor Department said that the “Claimant Experience Pilot Program” is meant to provide “equitable and timely access to unemployment benefits for eligible workers, while rooting out identity theft and other fraud issues that have bogged down state unemployment systems throughout the COVID-19 pandemic.” The program, which is expected to start in early 2022, will include a more user-friendly system entry that previously became one of the largest issues for unemployed workers. For the first time since April, every New Jersey county now reports a “high” level of COVID-19, per NJ.com. These high levels have prompted schools to institute stricter rules related to students exposed to the virus. The new protocol in school districts is to require a 14-day quarantine to anyone who sat for at least 15 minutes within three feet from someone who tested positive for the virus. This is still required for the same students who test negative within those 14 days. Up to 25 members of the public will be permitted to attend Hoboken City Council meetings when they resume in person next month, reported Tap Into. The meetings have been held virtually since March 2020 due to the pandemic. People who wish to attend starting in January are asked to arrive at 6:40PM at the main entrance at 94 Washington Street, where they will have their temperature checked before entry. Merck and Pfizer COVID-19 pills are undergoing the approval process by the U.S. Food and Drug Administration, reported Patch. Pfizer’s studies showed a 10-fold decrease in virus levels in those taking the drug and ideally reduce hospitalizations. Approvals are estimated to come by the end of the month, which will allow doctors in New Jersey to order the pills for their patients.

The Hoboken Food Pantry has released an FSA wishlist that you can donate to before the Spring. A post on the HFP Instagram listed items that were included at the link in their bio, including adult diapers, denture adhesive, menstrual products, and more. Products can be shipped to or dropped off at the Hoboken Food Pantry at 1301 Washington Street, Hoboken.

Santa is making his way around Hoboken with the Hoboken Fire Department. Councilperson-at-Large Emily Jabbour posted a list on Instagram of the places they will be stopping on Tuesday, December 21st starting at 3:30PM. They will also be posting live updates throughout the day on the Local 1078 Twitter page.

The Drip Fitness to Hold Soft Opening in January

Starting Saturday, January 1st, 2022, The Drip Fitness will be offering special deals and challenges for a limited time. The Drip Fitness posted about these events on Instagram this week including special events, an open house, and special pricing on class packages. State Sen. Sandra Cunningham proposed a bill requiring that landlords submit a request for approval before taking possessory actions, according to Hudson Reporter. The bill was originally presented on Monday, November 22nd, and was recently advanced after being cleared by the Senate Health, Human Services, and Senior Citizens Committee.